Home » Blogs » kitt's blog
Nature finds a way« an older post
a newer one »Learning by trying
Blog Written with a loving hand by kitt some time around 00:23 on 13 June 2011

On the way home from TXJS, I stopped on the way through Phoenix. I do that a lot, but this time wasn't to visit Mom, it was to pick up Jackson! 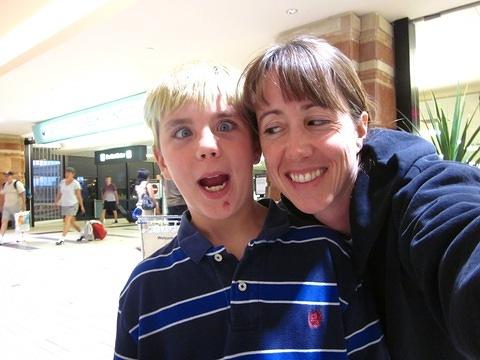 Some time between last year and about three months ago, Jackson asked why Sam keeps heading out to visit me each summer and he doesn't visit me. It's interesting that was how it worked out, though. I didn't know that Jackson wanted to come out, and was just sorta going along with the flow and planning for Sam. It's kinda fun that Jackson wanted to come out, I haven't really spent time with him, don't really know him except as Sam's little brother.

We expect this to change.

I started early with the Awesome Auntie Kitt routine: when I had supper, Jackson had chocolate ice cream. If he hadn't already eaten, I might have chose differently for him, but, well, he had, so he chose. 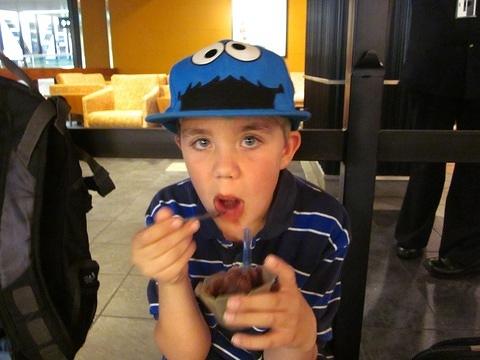 I hadn't expected Jackson to show up with blonde hair. He had bleached it blonde a while ago, then colored it blue. Unfortunately, he hadn't really recalled that yellow plus blue means green so he really had green hair and not the blue he originally wanted. I suspect, however, that he'll keep trying until he managed the *shocking* blue that he was trying for.

I have to say that the yellow hair has thrown me off. By going blonde, he looks a lot like Sam, and I've called him Sam a couple times already (much more to my chagrin than his, I suspect).

With this conversation, though, he claimed his own spot as a clearly distinctive person in my mind:

Him: "Have you ever heard of the show called 'Days of our Lives'?"

"Yes, I watch every episode." 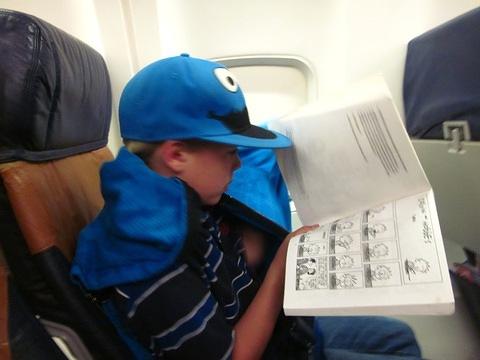 And yes, this week is clearly going to be fun.