Okay, here's something I don't understand: 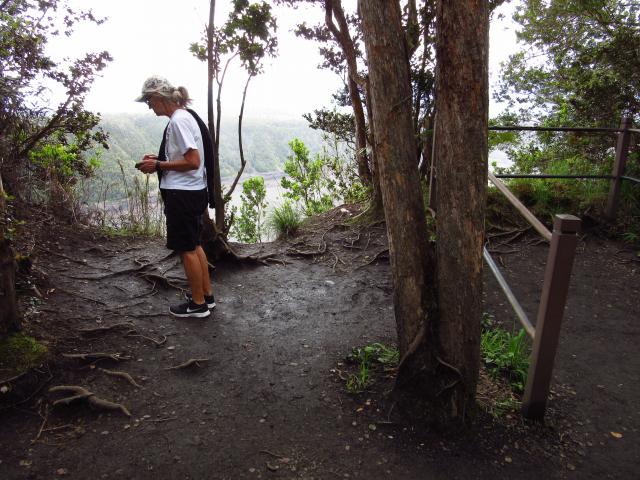 If everyone is going to go around the gates, why not put the barrier where people are actually going?

Yes, yes, I completely understand that it is more likely the view was developed AFTER the barrier went in, and know that. It was, however, an opportunity to tell my mom about the "pave the paths" story, though I told it pretty-much tech-universe centered. Something like the stories collected on this page:

When I was an undergraduate student, I had the opportunity to witness one of the great design processes of the century. Or perhaps it was just one of those lucky breaks occasionally caught by poor planners. My university completed the construction of a new lecture hall near the center of campus before students entered in the fall semester. Although there was a network of sidewalks around the perimeter of campus, no sidewalk was routed to many of the entrances of this building, which housed the largest classes and hence had the most traffic throughout the year.

The new hall remained virtually disconnected throughout the rainy season, then through the snowy season, and on into the season of mud. Well-worn paths emerged throughout the year, marking optimal routes to other significant destinations. Had they been left unpaved, I am sure that archeologists would have had little trouble finding the campus epicenter based on the artifacts strewn along the way. The following spring, however, the most-used paths were paved and thereafter became the official routes between termini.

Years later, I spoke with a member of the faculty who assured me that this was all part of the grand plan, and that the lack of concrete paths was part of a process. The reported rationale for the campus sequence was that it was more effective to let the students find the "natural" paths and optimize their own travel than it would have been to predict them and then have students find shortcuts after the fact.