Home » Blogs » kitt's blog
Walking hand« an older post
a newer one »Left that Detail Out
Blog Yeah, kitt finished writing this at 16:54 on 3 July 2016

I woke up at my normal farm-awakening time of 5:30 to feed the dog and the chicken. and did my usual morning routine of chores, reading, putzing, walking, and cleaning. Around 9, I was hungry, but was concerned about my pre-irrigation chores, which included cleaning up the dog poop, setting up chicken water, opening the ports, cleaning out the canals, but thought, eh, I have enough time for breakfast. Irrigation was scheduled at 11:10, but can start up to an hour early. So, I ate breakfast, then wandered out to the canal at 9:15.

Just as I was checking out the canal across the street, to see how many pine needles I need to clear out, when the neighbor came up to me. Hey, I'm going to release it in a few minutes, I'll help you clean out the canal.

Sounds good, I said. We cleaned out the upstream canal, and I rushed back over to the yard to handle the rest of the irrigation tasks. I had opened the ports the night before, so didn't have to worry about the irrigation setup, but I did have to worry about the surrounding tasks. I scrambled to clean out the canal debris on the Farm's side of the conduit, before texting the neighbor, "Good to go!"

Video of the incoming water 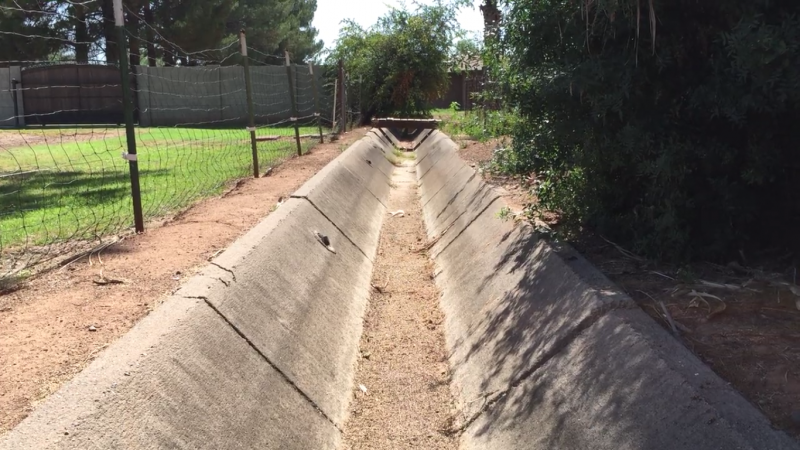 Once the water arrived, and I knew the checks were holding, I started scrambling. I had dog poop to clean up (for the record, dried dog poop look a lot like pine cones when you're rushing along). I had chicken water bins to set up, all of which I had to clean out, a couple of which I had to fill twice when I dropped them the first time. I had to finish all of this before the water flooded the various parts of the yards, and the different task locations were inaccessible. 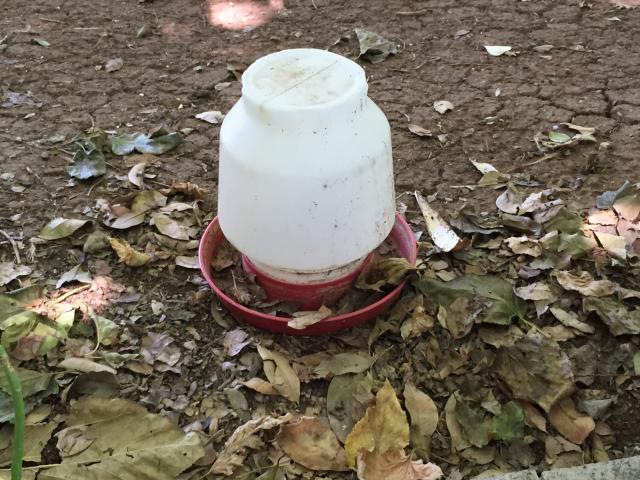 I had just enough time to check the gates and ports after about thirty minutes, only to realize the water was overflowing the canal. Puzzled, I checked the ports. The debris that I had missed in the canal had accumulated in the fence at the port, reducing water flow. I reached in, grabbed the plant matter, and tossed it aside. Again and again and again. It took a while, but managed to reduce the blockage. Back into the house, set the alarm for 30 minutes, and read.

I wandered back out every thirty minutes to check the progress. After an hour, I realized the yard wasn't going to be able to handle the full four hours of water. I know my mom wants lots and lots of water, the more the better, but the water flow was strong. I texted the next neighbor, letting him know that I would release the flow early. You know, communication, the key to good relationships. 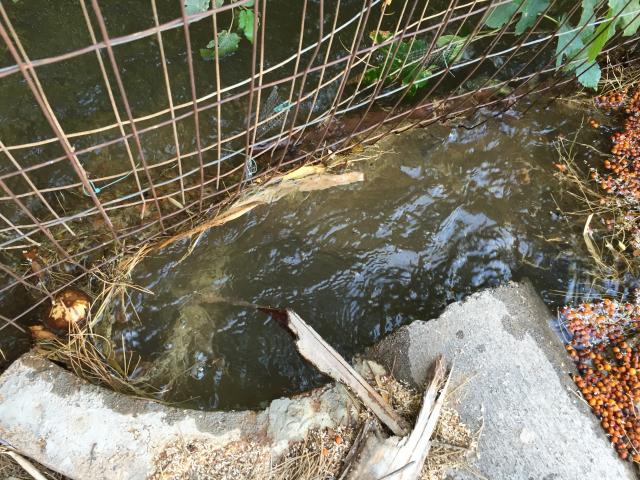 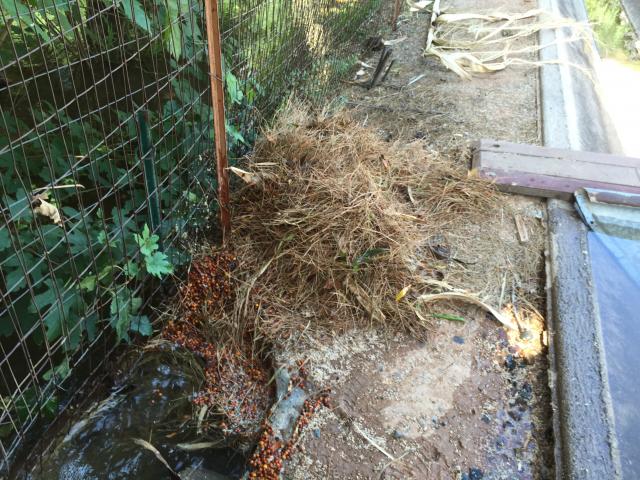 I received a panicked call five minutes later. "We have irrigation today? Oh... crap." The neighbor recently retired and was spending the holiday weekend "up in the cabin." He scrambled to find someone to open the ports and close the ports and send the irrigation water into his yard. We talked a bit more, and he let me know that he'd find someone.

I let the water flow into the yard as much as I could, but when the water crested the driveway and threatened to overflow the pool deck, it was time to change over the water. I texted the neighbor, went out to close the ports, adjusted the gates, opened the neighbor's canal ports, and hoped I had set up his irrigation correctly.

Turns out, I had almost set up the neighbor's irrigation correctly. He let me know how he prefers to open his ports, so I wandered back out to adjust them, and met his nephew. We chatted a bit, and I realized that I'd be the one closing the ports, so I continued my schedule of checking the irrigation progress every 30 minutes, heading over to his yard, cleaning out the debris from the various chokepoints, and generally getting his yard soaked, too.

When his time was up, I closed the ports, removed the checks, and let the water head downhill to the next set of yards.

I really did take a bit more than the yard could handle. Yeah, it'll all soak in, but I struggled with the choice of "take as much as you can, while you can." With the recent rains, I'm not sure the yard needed as much as I took. The yard will stay flooded a bit longer than normal, and the neighbors will see that "Eric too more than normal," which could reflect badly on him, even though he wasn't the one making the choice. Part of me wants to shrug and not worry about it, but a growing part of me wish I hadn't succumbed to the tragedy of the commons, and had switched the water over slightly sooner. I suspect it'll be a struggle for a while, between being my authentic self (the yard is lush, the water will soak in, I didn't take more than was offered, I didn't prevent anyone else from their shares, I did release the water early), and my awareness of neighbors' opinions (Eric took too much, the yard has standing water the next day, they didn't share in their bounty). 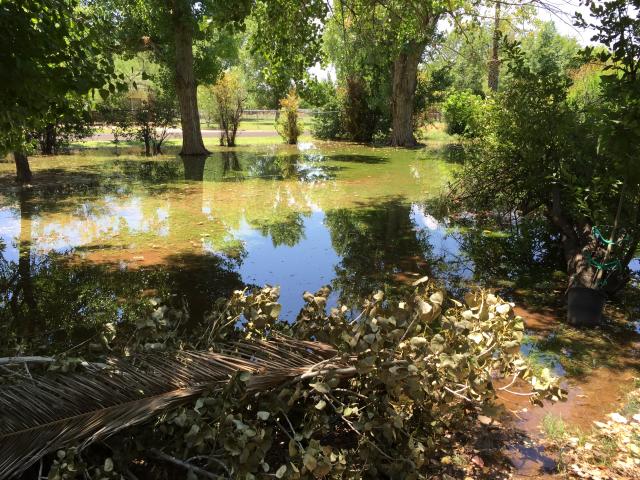 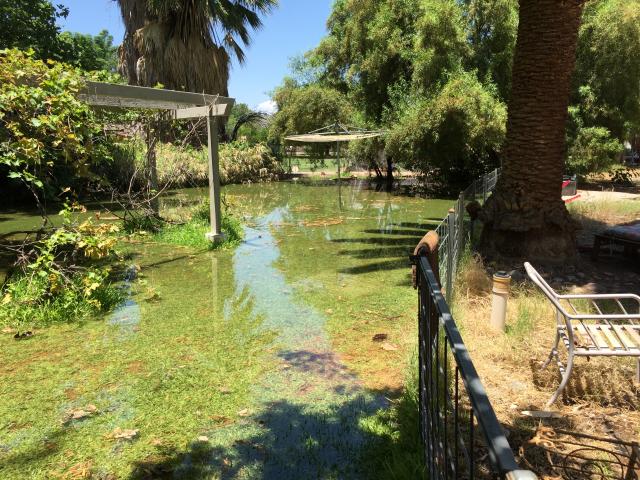 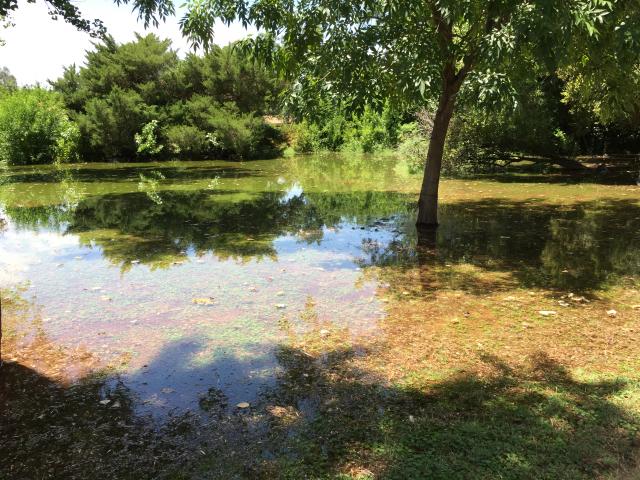