Home » Blogs » kitt's blog
Morning Furnace« an older post
a newer one »A bit late there.
Blog Written with a loving hand by kitt some time around 23:59 on 4 November 2016 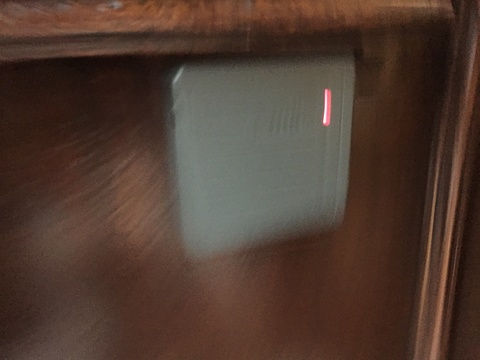 After a late flight, the last one out to Portland, I taxied over to B's place and let myself into the building with my key. I thought little of my actions of entering the building except the delight of having my own key to his place. His building has a badge/buzzer system at all the doors, so I waived my little fob over the sensor, waited for the doors to buzz, opened one, and went in.

After I entered the door, I do what I always do with buildings with locked doors, I turned around and pulled the door shut behind me.

As I pulled the door shut, a slender, blonde woman approached from behind the closing door and reached for the door. I unintentionally pulled the door just fast enough that it remained out of her grip. When the door clicked shut, I started to turn, and heard her said, "Well, okay then." I finished my turn, and started walking away.

Turns out, the woman had her own fob to the building and was either a resident or a well-known guest like me. She used her fob, opened the door on her own, came through the door, and yelled out to me down the hall, "Thanks a lot!" in a most sarcastic tone.

This is what gets me about this situation: this woman should have had both zero expectation that I would hold the door open, and gratitude that I didn't, wouldn't, hold a door open for strangers. There have been a number of thefts in the building, presumably from non-residents but who knows, and a notice sent out not to allow tailgaters into the building. Why be an ass when I'm helping protect the woman's own property?

I was flustered enough that I talked to B about what I had done, and he was completely supportive. "You did the right thing!"

Yay for brother support and hugs!