Mom said this, and I was puzzled. I mean, what does she want me to do, something super seekrit? One way to find out! I followed Eric outside the back door, and he handed me a small flashlight. He started in.

"Your mom likes to shine the light right at her feet..."

He turned on the flashlight.

The flashlight was a black light. A few moments later, I realized what we were doing. 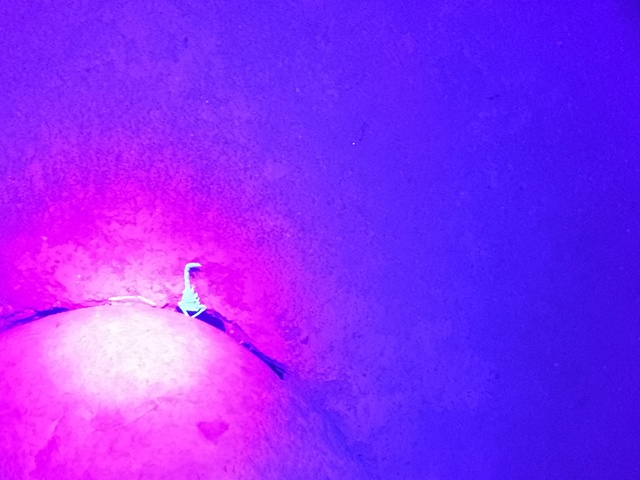 We were snipe hunting!

Using a tactic similar to the one I used for reducing snail populations, Eric was going out nightly, finding scorpions, and spraying them with bug spray. They die, and, hopefully, reproduce less. The hope is with a smaller outdoor population, there will be a smaller indoor population, a goal I wholeheartedly support. 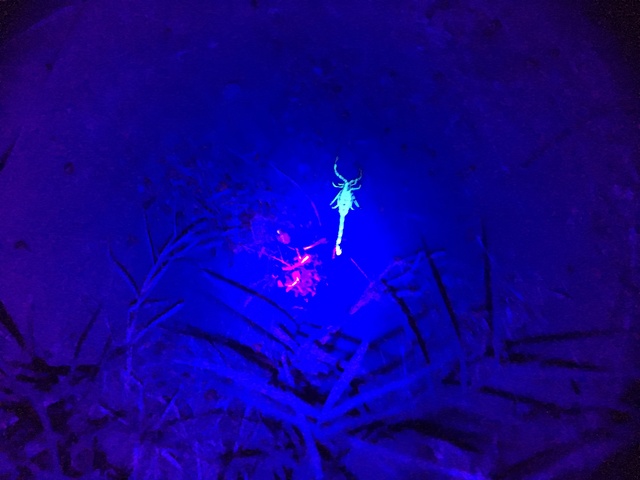 The technique with the light, though. I could totally understand why Mom was focusing the light close in. It's hard not to look close where you're walking. The scorpions glow well enough that the small black light ("I'm glad I bought the $12 version, it shines twenty feet out, unlike the $8 version which doesn't throw very far," as Eric said) was good at highlighting them well. 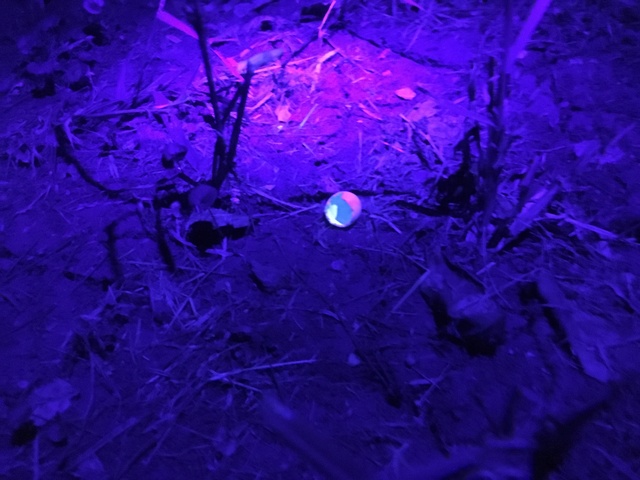 Mom was right about my enjoying it. The whole adventure was entertaining.