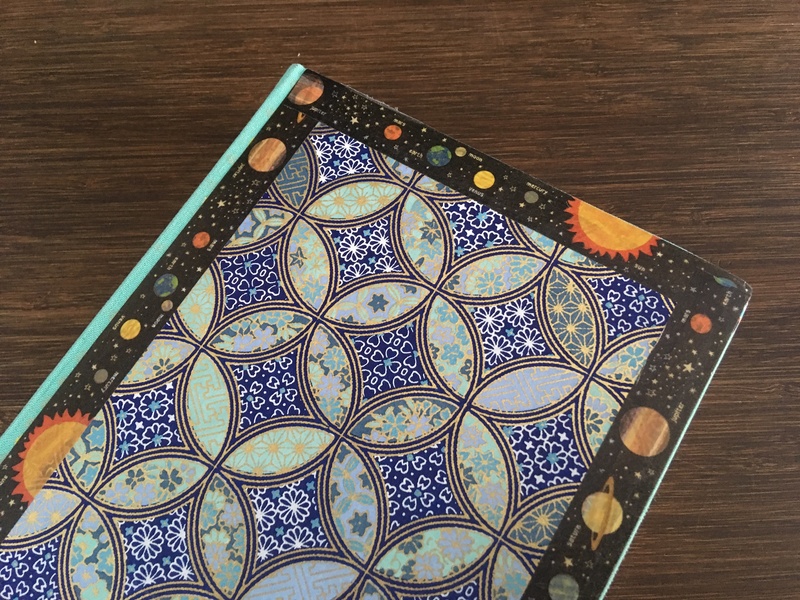 Yesterday I learned that I don't keep a journal, certainly not a diary. I keep a logbook.

I'll keep calling it a journal, though.

Isn't it just the ugliest thing? And, yet, it's great for me.

I used to carry around one notebook for work, as work owned the data in the notebook, they paid for that intellectual effort, and I didn't want my personal notes going into the work archive.

I'd carry around another notebook for ideas, where I'd write down 10 of X, where X was chapters of books I'd like to write (or at least see in existence), ideas for Scalzi story plots, ideas of things I'd like to see exist, or some other 10 of X whatever.

I'd also carry around the notebook that listed the tasks I wanted to do that day. I'd generate a new list every morning of the 6 hours of planned items I wanted to do that day, knowing that planning for six hours means ten hours of actual work. I'd cross off, carry over, remove items from that list. Finishing that giant list of things at the end of one of those notebooks was soooo satisfying.

And then there was the logbook I'd carry around, keeping notes of things I did, people I talked with, ideas I had, essentially a commonplace book.

At some point fairly recently, I decided carrying around four (actually more, but let's ignore those few others) notebooks was excessive. No, let's be real here, it wasn't a decision per se. In reality, I realized all these notebooks wouldn't all fit into my new, smaller backpack. So, I merged all of the books into one, except the work notebook. That will always be separate.

This book is completely useless to anyone but me, and that is just fine.

It works for me.