Home » Blogs » kitt's blog
Eyeroll« an older post
a newer one »Having a Story
Blog Written with a loving hand by kitt some time around 18:52 on 23 August 2018

Eric had warned me a decade ago that parenting isn't what you think it is, and life will throw you those parenting lessons over and over again. This week has been a tough week, and I managed yet another one of those lessons, mainly that you often don't have the right answer, even when you should.

A few days ago, I found three dollar bills on the beach. I was amused by this, and handed them in some ratio to the boys. I didn't think much about them until today.

As we were walking out of lunch, L commented he wanted his dollar bill back. Hayden said no, he found it. I asked for the details.

L had been in the restroom. He dropped his dollar. He had lost it.

H went into the restroom after L. He found the dollar bill that L lost. Picked it up. Kept it.

L realized H found his dollar when H bragged about finding a dollar, as only after said bragging had L realized he had lost his dollar.

So, here's the parenting issue: should H return the dollar to L?

My first reaction is, of course, you return lost items to their owners if you know who the owner is (with the subsequently realized criteria that the cost of returning doesn't exceed the cost of the item itself).

My subsequent reaction was, finders-keepers, H legitimately found the dollar, L hadn't missed it until H bragged about it, was this a dog in the manger situation happening?

From L's perspective, as evident from his loud protestations, his dollar was stolen. He wailed that he wanted his stolen dollar back.

If H knew the owner and didn't return the dollar, was he stealing?

Part of me is stuck between these two two kids.

On the one hand, L did lose his dollar, he was careless and didn't take care of what he had. Letting H keep the dollar didn't seem too much of a burden for the lesson that if you don't want to lose something, pay attention to it.

On the other hand, H knows the owner of the lost property. Teaching him to respect others, especially is brother, seems to be a reasonable lesson to teach.

On the third hand belonging to Solomon, is taking the source of the argument away from both of them that unreasonable. If they are unable to find a resolution between the two of them, how about neither have the dollar?

As I listened to the stories and complaints, I had to laugh more than a bit, remembering Eric's comment, "There's real world parenting for you!"

In the end, I don't know what happened to the dollar bill. I suspect Jonathan handed L another dollar bill, just to stop the whining. 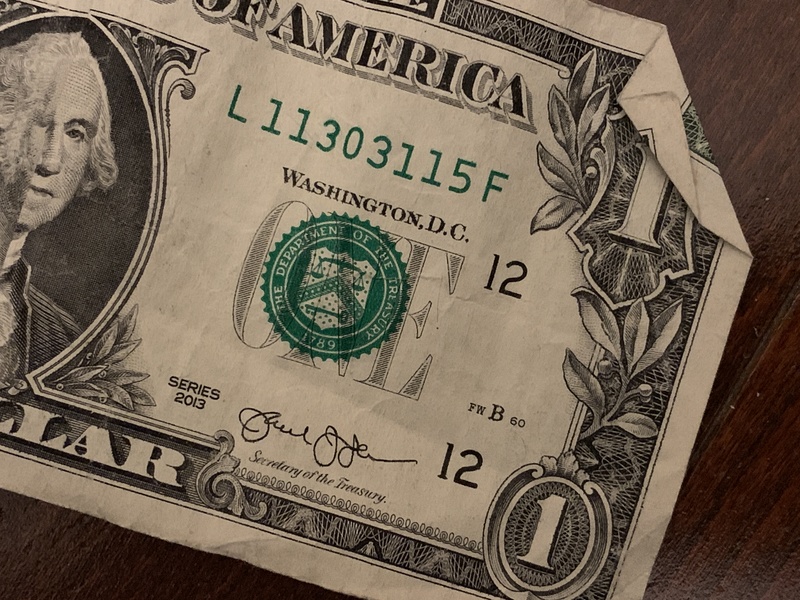