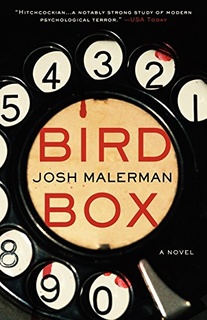 I have had this book in my stack of books to read pretty much since it was published. I had been wandering around a bookstore, noticed it on the Just Published table, picked it up, and bought it. It then sat in my stack for three years. I started carrying it with me because I decided I really wanted to read it. Except that I didn't really want to read it. I mean, the book is a psychological thriller nearly guaranteed to keep me awake at nights, clutching MK, and jumping at every new sound. Why would I want to read the book? Why wouldn't I want to read the book?

Five years after it began, a handful of scattered survivors remain, including Malorie and her two young children. Living in an abandoned house near the river, she has dreamed of fleeing to a place where they might be safe. Now, that the boy and girl are four, it is time to go. But the journey ahead will be terrifying: twenty miles downriver in a rowboat—blindfolded—with nothing to rely on but her wits and the children’s trained ears. One wrong choice and they will die. And something is following them. But is it man, animal, or monster?

Engulfed in darkness, surrounded by sounds both familiar and frightening, Malorie embarks on a harrowing odyssey—a trip that takes her into an unseen world and back into the past, to the companions who once saved her. Under the guidance of the stalwart Tom, a motely group of strangers banded together against the unseen terror, creating order from the chaos. But when supplies ran low, they were forced to venture outside—and confront the ultimate question: in a world gone mad, who can really be trusted?

But that doesn't seem to do the book justice. If you're in a world where you suddenly aren't allowed to see, but the world continues to exist as is, eh... how is that going to change your perception of the world around you?

Well, I didn't throw the book across the room when I was done. That is a good thing in my book reviews of psychological thrillers, tbh.

I read a whole bunch of different parts of the book multiple times, because I couldn't figure out what was going on. I went back, read a part, pondered, went back, reread it, pondered more. Again, that is a good thing in my book reviews of psychological thrillers.

In the end, the book didn't live up to the hype that now surrounds the book. It did, however, engage and interest and thrill me. I'll lend you my copy of the book.

Unrelated, I have NO idea why I thought this part of the book was worth noting. I can't figure out what part I want to quote from it. This could demonstrate just how far into the book I was, that this is amusing to me in context: 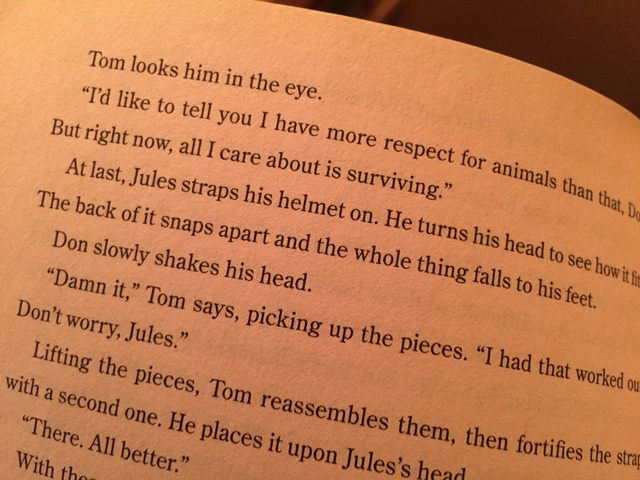