The Drop« an older post
a newer one »The Burning Room
Book Notes Instead of being asleep at 08:12 on 1 July 2015, kitt created this: 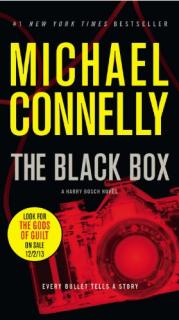 This is the second to last Bosch book currently published. There was enough eye rolling with all the dead cops but the case is still solved after twenty years that, well, I have to admit this counts as the first of two bad books that might make me stop reading the series (two books in a series in a row bad, and I now stop). Bosch's girlfriend is clearly completely annoying, and clearly there only for filler. She doesn't add much to the plot, yet is insecure enough to be awkward. The real Bosch would have dumped her already, as he tried to do at the beginning of their relationship in the previous book.

Nearly done with the series, which is good, because I've been tearing through these, and, well, with the end so close, I'll be somewhat relieved to finish the series. Even in his old age, Bosch is still a lone wolf, a keep-the-cards-tight-to-the-chest, if-I-die-the-case-goes-with-me sort of player. You'd think he would have mellowed out.

I don't recommend this book unless you've already been reading the series and want to finish it. Then it's classic Bosch, read it.