The Black Box« an older post
a newer one »Darkly Dreaming Dexter
Book Notes Instead of being asleep at 09:16 on 2 July 2015, kitt created this: 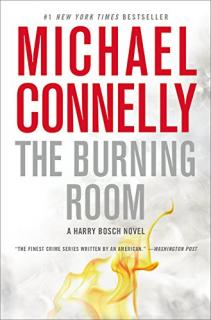 As far as Bosch books go, it isn't clear that this is the *last* one, but it is currently the last one published. In it, Harry has about a year to go before he's completely dropped from the police force. You would think that at SOME POINT in his career, he would be able to figure out how to be political. You would think at some point he would have learned how to be just enough manipulative to get his own way. But, no. He hasn't (er... hasn't been written that way), and so, goes out on a stupid thing like, "getting a report for the amazing TWENTY YEAR OLD CASE I JUST SOLVED." Come on. You reward shit like that, you don't fire someone 6 months from retirement.

And yet... someone dies, a bad cop did it, tunnels. Still.

19 books worth of that plot.

And I read them all! Take that reading list goal! CRUSHED YOU!

Anyway, if you like the first few books, enjoy 19 books of essentially the same plot, with a few clever twists. I've enjoyed them enough that, SHOULD ANOTHER BOSCH BOOK COME OUT, I will read it.