Positioning« an older post
a newer one »Mistakes Were Made (but not by me)
Book Notes Written with a loving hand by kitt some time around 22:15 on 13 July 2015 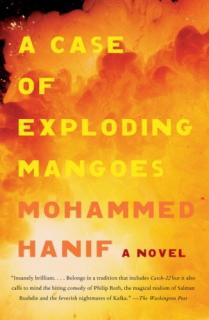 Mom bought this book when she was on her Indian writers kick. I have no idea what to expect.

Okay, this book was completely and totally not one I would pick up on my own. If Mom hadn't bought it in such a format that I would have it on hand, I wouldn't have read it. She was on an Indian writers kick, and read a large number of authors from India, this book and this author being one of her many.

The story is told in two interleaved parts, one from a first person point of view of a major in the Pakistani army, the other from a third person point of view of a narrator. The story is somewhat confusing at the beginning as the two parts intertwine, but totally clears up as the story progresses. I absolutely adored the way the author would tell of an incidental fact or odd coincidence in the story, then a bit later show how it was incredibly relevant in the story. I chuckled a large number of times, pleased when I caught the references.

I didn't catch some of the humour, and many of the references were lost on me, but I was delighted by the book. Totally outside of the books I normally read, and recommended.