Network Effect « an older post
a newer one »Half-Resurrection Blues
Book Notes Instead of being asleep at 21:45 on 20 November 2020, kitt created this: 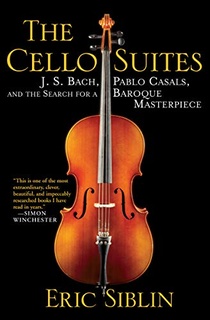 The Cello Suites is such a lovely book, a good, fun, wholesome read. The book tells three stories: Johann Sebastian Bach's biography, Pablo Casals' modern discovery of the previously unknown Cello Suites by said Bach, and the author's journey from meeting the Cello Suites for the first time, and learning about Casals's discovery and Bach's history, to researching and writing the book. The tale in three parts is woven together delightfully, given insights into all three main characters: Bach, Casals, and Siblin.

Gosh, this is such a lovely weaving of three lives bound together by the puzzle of the book-titled music, I strongly recommend it.

My discovery of this book was from an XOXO recommendation for the Song Exploder podcast, from which I found the Yo-Yo Ma episode and references to this book. I recommend that podcast, too (at least, that episode).

Beyond all these concerns was Bach’s restless nature, his tendency to become dissatisfied with a job after a spell, to feel constrained by limitations, musical and otherwise, and not to be content with the status quo, but to move forward once he’d mastered the musical possibilities offered by any given situation.
Page: 101

At the concert, which was broadcast on radio, Casals appealed to the democratic countries (which had just let Hitler walk all over them in Czechoslovakia) not to abandon Spain. “Do not commit the crime of letting the Spanish Republic be murdered,” he pleaded. “If you allow Hitler to win in Spain, you will be the next victims of his madness. The war will spread to all Europe, to the whole world. Come to the aid of our people.
Page: 111

By this time Bach had little in the way of expectations from those in power, whether they were town councillors, church authorities, university rectors, or enlightened monarchs. He had made his peace with the fact that Leipzig was disappointing in many professional respects.
Page: 229