The Road to Unfreedom« an older post
a newer one »The Anxiety Toolkit
Book Notes Posted by kitt at 12:13 on 15 February 2019 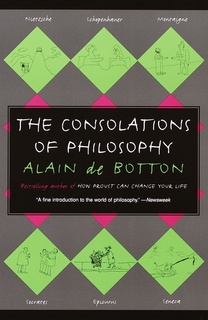 While in large need of self-soothing and anxiety reducing, I went to every paper store in Nottingham that I could map out within walking distance of where I was. One of the places was a bookstore at the top of a flight of winding stairs with walls plastered with lots of NO and DO NOT DO THIS THING OR THAT THING. The entrance was more than a little off-putting, but the store itself was full of lots of quirky books and design books that seemed right in line with my style. I saw many books that I owned, which was favorable to me.

The proprietor saw me soon after I walked in, and wandered over to talk with me. He offered the usual greetings, which I answered with my own greetings. I expected him to let me wander after the pleasantries, but he continued speaking. He kept talking about the book store and other things, then asked what I liked to read. I explained my current non-fiction kick, and he started handing me books as suggestions.

And kept handing me books.

I kept setting the books down where-ever I happened to be standing.

And turning around in clear social norms indicating that I wanted not to be talking.

I really wanted him to stop talking, so that I could look at the books at my own speed. He didn't stop talking.

I read Consolations this week.

The timing of it was great for me.

I enjoyed the book, I enjoyed the introduction to the new philosophers and descriptions of the ones I knew. Not sure I was particularly consoled per se, but I was entertained. Worth reading.

In conversations, my priority was to be liked, rather than to speak the truth.
Page 7

Philosophy had supplied Socrates with convictions in which he had been able to have rational, as opposed to hysterical, confidence when faced with disapproval.
Page 7

Every society has notions of what one should believe and how one should behave in order to avoid suspicion and unpopularity.
Page 9

If we refrain from questioning the status quo, it is – aside from the weather and the size of our cities – primarily because we associate what is popular with what is right.
Page 16

[W]hich suggests that we pick our friends not only because they are kind and enjoyable company, but also, perhaps more importantly, because they understand us for who we think we are.
Page 147

Booksellers are the most valuable destination for the lonely, given the numbers of books that were written because authors couldn’t find anyone to talk to.
Page 148

There are, so Montaigne implied, no legitimate reasons why books in the humanities should be difficult or boring; wisdom does not require a specialized vocabulary or syntax, nor does an audience benefit from being wearied.
Page 158

Carefully used, boredom can be a valuable indicator of the merit of books.
Page 158

But writing with simplicity requires courage, for there is a danger that one will be overlooked, dismissed as simpleminded by those with a tenacious belief that impassable prose is a hallmark of intelligence.
Page 159

Yet in Montaigne’s schema of intelligence, what matters in a book is usefulness and appropriateness to life; it is less valuable to convey with precision what Plato wrote or Epicurus meant than to judge whether what they have said is interesting and could in the early hours help us over anxiety or loneliness. The responsibility of authors in the humanities is not to quasi-scientific accuracy, but to happiness and health.
Page 160

It is tempting to quote authors when they express our very own thoughts but with a clarity and psychological accuracy we cannot match. They know us better than we know ourselves. What is shy and confused in us is succinctly and elegantly phrased in them,
Page 161

It is striking how much more seriously we are likely to be taken after we have been dead a few centuries. Statements which might be acceptable when they issue from the quills of ancient authors are likely to attract ridicule when expressed by contemporaries. Critics are not inclined to bow before the grander pronouncements of those with whom they attended university.
Page 163

We may take this in two ways: that no one is genuinely marvellous, but that only families and staff are close enough to discern the disappointing truth. Or that many people are interesting, but that if they are too close to us in age and place, we are likely not to take them too seriously, on account of a curious bias against what is at hand.
Page 164

The philosopher might have offered unflattering explanations of why we fall in love, but there was consolation for rejection –the consolation of knowing that our pain is normal. We should not feel confused by the enormity of the upset that can ensue from only a few days of hope.
Page 194

Love could not induce us to take on the burden of propagating the species without promising us the greatest happiness we could imagine. To be shocked at how deeply rejection hurts is to ignore what acceptance involves. We must never allow our suffering to be compounded by suggestions that there is something odd in suffering so deeply.
Page 194

We should in time learn to forgive our rejectors.
Page 194

In every clumsy attempt by one person to inform another that they need more space or time, that they are reluctant to commit or are afraid of intimacy, the rejector is striving to intellectualize an essentially unconscious negative verdict formulated by the will-to-life.
Page 194

It is consoling, when love has let us down, to hear that happiness was never part of the plan. The darkest thinkers may, paradoxically, be the most cheering:
Page 197

What we encounter in works of art and philosophy are objective versions of our own pains and struggles, evoked and defined in sound, language or image. Artists and philosophers not only show us what we have felt, they present our experiences more poignantly and intelligently than we have been able; they give shape to aspects of our lives that we recognize as our own, yet could never have understood so clearly on our own. They explain our condition to us, and thereby help us to be less lonely with, and confused by it.
Page 199

The greatest works of art speak to us without knowing of us.
Page 200

The most fulfilling human projects appeared inseparable from a degree of torment, the sources of our greatest joys lying awkwardly close to those of our greatest pains:
Page 215

Why? Because no one is able to produce a great work of art without experience, nor achieve a worldly position immediately, nor be a great lover at the first attempt; and in the interval between initial failure and subsequent success, in the gap between who we wish one day to be and who we are at present, must come pain, anxiety, envy and humiliation. We suffer because we cannot spontaneously master the ingredients of fulfilment.
Page 215

Christianity had, in Nietzsche’s account, emerged from the minds of timid slaves in the Roman Empire who had lacked the stomach to climb to the tops of mountains, and so had built themselves a philosophy claiming that their bases were delightful. Christians had wished to enjoy the real ingredients of fulfilment (a position in the world, sex, intellectual mastery, creativity) but did not have the courage to endure the difficulties these goods demanded. They had therefore fashioned a hypocritical creed denouncing what they wanted but were too weak to fight for while praising what they did not want but happened to have.
Page 237