The Midnight Line« an older post
a newer one »Bridge to Terabithia
Book Notes Written with a loving hand by kitt some time around 12:39 on 10 November 2017 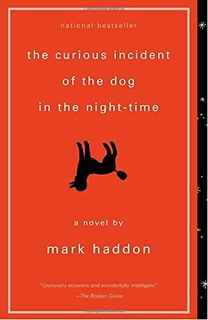 Okay, I have had a copy of this book in my to-read pile since about six months after it was published. For those of you who have access to the internet, you can figure out I have had this book since around November of 2003. Bharat handed me his copy, I still have his copy. I still feel guilty about having his copy, as he is one of those friends who dropped out of my life and I haven't spoken with except for an awkward moment at an ultimate game four years ago except that I don't think I actually spoke to him, I just took a picture of him and his girlfriend before I even knew he was divorced.

This is the third book I've read recently that has an autistic protagonist. The first book was entertaining (the sequel less so, as it dealt with people in power abusing it). The second one (-ish) was about autistic people in adult situations, but everything works out.

This book was about an autistic teen, but portrays the difficulties of those around an autistic person actually dealing with said autistic person. A mother who can't hug her son. A father doing his best. And a teenager driving everyone around him batshit mad, angry, frustrated. Yes, they still love him, of course his parents love him, but dealing with an autistic person is not an easy task, and this book made me incredibly uncomfortable with the clarity of that experience. We want to believe that parents of autistic kids are angels, but they are human like everyone else. This book gives the reader a glimpse of how hard their lives can be.

Mom liked the book. Pretty sure she recommends it. I think I do, but am kinda iffy on it. For entertainment, no. For perspective, yes.

Now to get the book back to Bharat.