The Accountant's Story« an older post
a newer one »Persepolis Rising
Book Notes Instead of being asleep at 22:48 on 28 July 2018, kitt created this: 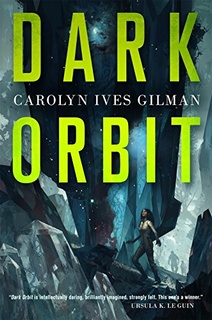 This book was recommended on m.b. by Daniel Goldsmith, which is why it ended up on my book list (more so than the Hugo Award nomination, which may say something about my awareness of something or other). It dropped into my reading list quickly (given said nomination, the speed surprised me), so I read it quickly.

The book has this quirk of starting with one character, investing in said character's development, then switching to another character for the duration of the book. The initial character was entertaining, making the relegation to secondary status a bit disappointing.

A main point in the book, however, about how consciousness, the thing that none of us really understand, shapes reality, is far from disappointing. The introduction and exploration of the concept makes this book worth reading, with the science fiction and adventuring parts the icing on the cake. More succinctly, there's a reason for that nomination.

There would be no shortage of volunteers. It was the mysterious power of this driving will to know.
Location 181

Knowledge is our wealth, our honor, our sacrament, Sara thought. It drives us to give up family, home, and place in time for its sake. Would we also sacrifice our lives, like ancient martyrs longing to see the face of God? Is knowledge that sacred to us?
Location 182

Could she betray him? She had always considered herself cheerfully amoral, culturally relative to the bone. Conscience needed to adapt; morality was contextual. Yet she had never had a temptation that really mattered.
Location 215

“Sara, you can’t go around arbitrarily disobeying rules. Some of them are for your own good.”

“I didn’t realize the planet had adopted universal surveillance.”

Outsiders derisively called them Wasters, and they called the rest of the human race Plants. For a Waster, time seemed like a mere convention—an arbitrary way of sorting events into a sequence, no more.
...
Over and over, they outlived all they knew. Their homes were torn down between visits, their siblings became their elders, they would meet and strike up friendships with the descendants of people they had known. At every stop, they plunged into new trends, new attitudes, new inventions. They saw governments change, companies rise and fail. Each time they leaped off into the void it was an exercise in faith—faith that the equipment would still be operating to receive them at the other end, that people would still remember, that people would be there at all.
Location 309

This was part of the science fiction part, people space travel by dismantling into component parts and being beamed along a radiation stream to their destination. Said beam travels the speed of light, which makes a fifty light year trip take, well, fifty years.

They wanted to rest in one place for a while. But even that was hard. What did a Waster have to say to people who had never seen by the light of another star, who had existed in a single sequential time frame? To Plants, their own time, their own place, was of universal importance. Sara sometimes thought that planetary gravity warped the imagination, bent perspective till the horizon was uncomfortably close, and everyone had a uniform myopia.
Location 315

For others, time passed. For a Waster, it was always just now.
Location 318

Everyone knew that Balavatis were rebels who loved to undermine all hierarchy, and Ashok fit the description: he was fascinated with authority and all its susceptibilities. What people didn’t know was that, to undermine hierarchy in truly creative ways, you have to understand it extremely well. The exercise of power was something Ashok absolutely rejected for himself, but analyzing it in others filled him with evil glee. His dilemma, of course, was that to study authority, he had to leave it strictly alone.
Location 340

“What kind of word is ‘methodal’?” David asked.

“A buzzword,” Ashok answered, this time himself.

“That’s what buzzwords are. Tranquilizers.”

I need to record this now, while it is still fresh in my mind. Eyewitness accounts are unreliable, because the senses are unreliable, but memory plays havoc even with the shards of truth that come through to us untouched.
Location 553

“You want to meditate on the unknowable. Well, science denies there is anything that can’t be known. Only religion revels in mystery, in order to reserve a place for God.”

“It is unscientific, wouldn’t you say, to deny that there are things we don’t know?”
Location 693

“It doesn’t matter. Here we are on a new planet—none of us has any past here. We can all start over from scratch.”

If only that were true, Sara thought. We packed our past in our baggage. We always do.
Location 876

The woman rarely spoke about the ship, or events of the day, or other people, the types of things that filled Sara’s life. Instead, the audio diary was internally focused. Dreams, musings, memories, and speculations filled Thora’s journal. She was torturously self-aware, always critiquing herself, analyzing her own motives. The slightest event led to endless echoes of self-examination: why did I act so? why did I think of acting another way? did I want some other outcome, or am I content? if I had acted otherwise, what would that have reflected about me? was there some better way I could have acted? what do I mean by “better?”—and on and on, to a paralysis of introspection. It was a miracle that the woman could stir from bed, Sara thought.
Location 1142

It was entirely foreign to Sara’s own method of living. Her mind had never struck her as a terribly promising research topic. It was an uncomplicated affair, motivated mainly by the twin desires to escape boredom and not to get caught doing the things that prevented boredom. She preferred to barrel forward through her day, collecting new experiences, regardless of their impact on her character. Living as Thora did, in a world of her own thoughts, would have been like prison.
Location 1147

I have to acknowledge that I may not escape. This is not despair speaking; it is anger. To die this way seems so random, so trivial. I have been robbed of meaning before being robbed of life. To die in darkness, alone—for what purpose was I ever alive? It is as if I emerged from darkness into delusion, then sank back into darkness forever.
Location 1417

Exoethnologists were after cultural resources—new knowledge and new ideas, the ultimate source of all profit. They took advantage of the fact that, in both biology and culture, isolation created diversity. In a closed information system, divergence took place, and the more different the system became, the more valuable it was. But when the isolation was broken, cultures were like thermodynamic systems—uniformity quickly resulted. There was always a short window of opportunity to document and save the precious information before it was hopelessly contaminated by adaptation. Biologists’ window of opportunity was longer. Culture could change with blinding rapidity.
Location 1939

“We’re all inadequate,” David answered. “Just think: the light from the outside world is mapped onto the retina, then further mapped onto the visual cortex, then broken apart and analyzed in other areas of the brain. At every step there’s a loss of information. In the end, what we are aware of is not the outside world per se, but the image of the world projected onto our brains. Plato was anatomically right; we do see shadows on a wall.”
Location 2112

“The Three wish to treat with the stranger.” My interview with the authorities, I assumed.

“Who are the Three?” I asked Hanna.

“The old ladies—Songta, Rinka, and Anath.”

“Are they in charge?”

She had a stormy side to her personality, and a low tolerance for failure.
Location 2662

My estimation of Songta went up, to think that she was the one who had been beminding him all these years. He would not be the man he was without her. It was one of those mysterious marriages where the partners co-create one another.
Location 4580