The Burning Room« an older post
a newer one »Introvert Advantage
Book Notes kitt decided around 13:00 on 4 July 2015 to publish this: 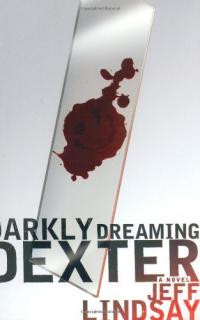 Okay, I picked this book up for really cheap, after being notified it was on sale in an email from BookBub, a site with daily emails of books that are on steep discount or free on Amazon and Apple Books.

This is the first of the series of books the show Dexter is based on. I've watched the show, I found it somewhat entertaining, if hard to watch with some of the gore and just wrongness of the whole concept. I mean, not of the fact there's someone taking out the people who are killing people and not being caught, but that such people could exist (both the people doing the killing and the person killing the people doing the killing). It is an interesting twist on the concept of right and wrong and the morality of revenge for those who don't find justice.

The book follows the series incredibly well, with few details different. Said details are pretty significant, but come late enough in the story that I was thinking, "Huh, I pretty much know how this is going to end." I didn't, and that was okay. I might read the next book to see how the books and the series diverge, but only if the book is on sale (or free from the library), and only if I've run out of other books to read. The premise of the books doesn't sit well enough with me to continue reading the series.

I'm glad to have read the book. I suspect fans of the television series would enjoy it.

Possibly unrelated, I am amused by the author's name, even if it is a pen name.