The Brief Wondrous Life of Oscar Wao« an older post
a newer one »Daring Greatly
Book Notes Posted by kitt at 15:26 on 20 August 2016 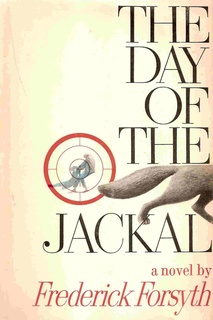 Okay, after reading The Brief Wondrous Life of Oscar Wao and learning a bit about Dominican Republic history, I have to say, I was surprised when The Day of the Jackal also included Trujillo as part of the plot. I began to suspect that the new stack of books from Mom were all going to be connected by El Jefe.

Turns out, I was wrong. She just wanted to read this book, it's been around forever.

Where "forever" is defined as nearly the Unix epoch, or 1971 to be more precise.

This was a spy / mystery / crime / police / modern detective / thriller novel. I don't know exactly which genre it is supposed to be in, I'd shelve it in non-fiction barring any other guidance. It was a fun read, reflecting just how much the world has changed in the intervening 45 years. Much more footwork nearly a half century ago. Much more detective work and thinking, instead of "let's follow his electronic trail, checking out all these cameras, ENHANCE, ENHANCE, oh, just turn on the secret sms messages and we can track where the guy is, wait, he has find my iphone turned on, fine, just turn that on" that we seem to have today.

The plot is the anti-French-president terrorist (sigh, yes, hate the overuse of that word, but it is appropriate here) wants to kill the French President, and hires a professional assassin. Said person does a fantastic job of plotting and planning the assassination. Read the book to see his success. Very much a book of the seventies, it was an entertaining read. I'm more likely to recommend the Jason Bourne books, but this one was still fun.