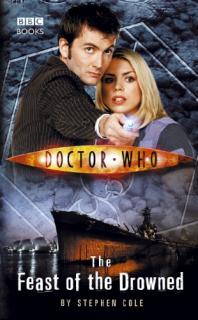 Another one of those books that I'm not sure why I have it, but, eh, shrug, I guess I can read it since I'm mildly interested in it (though more for answering, "Why did I buy this again?" than for "I am WAY excited about this book!").

This was a stunningly fast read. As such, I'm fairly certain I bought this book as a free book (thanks to Bookbub), because I can't imagine paying $9 for this book.

Yes, it's a Doctor Who book, but it reads like someone is describing a television episode of the Doctor. Imagine the whole thing being read in David Tennant's voice, and you have the gist of the book.

The Doctor's character is as expected, the mystery solved, some people die, some people don't, the world goes on. Essentially, you're typical Doctor Who episode.