The Midnight Library« an older post
a newer one »Multipliers
Book Notes Written with a loving hand by kitt some time around 15:59 on 28 April 2021 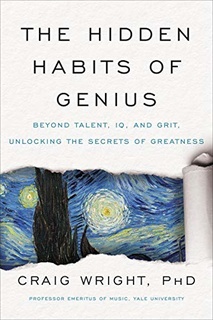 Near the beginning of this book, Wright asks his students, "Would you like to be a genius?" Given the school he was teaching at, many of the students raised their hands indicating yes. After the class on genius, most people realize that to be a genius, defined as a world changer not merely smart or have some arbitrarily high IQ, you kinda need to suffer: you're an asshole, or socially incompetent, or mentally off to the point of dysfunction, or some such. So, while actually being a genius might not be a goal worth attempting, some elements and characteristics of genius are worth the effort. Wright tells us those in this book.

What I can appreciate most about this book is the early chapter and direct callout of just how much women have been and are screwed in the areas of publishing, medicine, invention, politics, science, and, well, pretty much anything that isn't birthing babies and catering to the whims of men. Literally, the chapter is "Genius and Gender, the game is rigged." And it is. One can easily see that, "to be sure, the timeless stupidity of ignoring the intellectual potential of half of humanity is deeply embedded in our culture." Wright gives example after example of women screwed over by men. Just how stunningly fucked over Rosalind Franklin was by Watson and Crick and the "discovery" of the DNS helix, a discovery made by and with the research of Franklin, pisses me off stunningly even after reading the book. Like, because Franklin refused to be subservient to a less-gifted man, "Clearly Rosy had to go or be put in her place."

Yeah, so, the biggest habit one can adopt to being a genius is clearly "be a guy."

The other habits are a bit easier to do, including the cases when you weren't born with a penis:

And a couple more habits. I have to say I found the FB references more than a little offputting. Zuck is a horrible person on a number of levels, his criminal acts included. The FB parts of this book did not dissuade that fact. If one can endure those parts, this is a great book. Strongly recommended.

Discrimination and sexism is

Discrimination and sexism is so common and has to be defeated to reach the true potential of humanity. Diversity is always an asset. Discrimination is normally learned at home from your parents or other family members.