The Artist's Journey« an older post
a newer one »The Curse of Bigness
Book Notes Instead of being asleep at 13:57 on 8 March 2019, kitt created this: 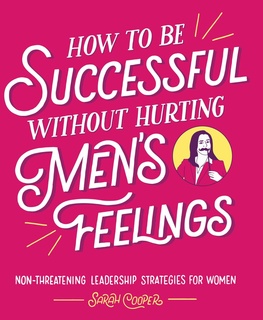 Okay, this is one of those books you wish did not need to exist.

Sadly, it does exist, it does need to exist. Happily, it is funny, in a "I'm not crying, you're crying!" sort of way.

The mocking tone of the book could be off-putting, but it's funny for the most part, except for the parts where the humor is TOO REAL, and you cry instead.

It's a fun read, if you're in the right mindset. If you're a guy, yeaaaaaaaaah, this is really how things are for the rest of us.

When describing your accomplishments, you need to strike a balance between tooting your own horn and hiding your horn behind the shed. This is difficult because if you don’t take enough credit you won’t seem qualified, but if you take too much credit you’ll seem arrogant. Good luck with that.
Location 175

However, sometimes when women say the exact same thing a man says it’s interpreted in a completely different way. It’s enough to make you want to cry (which as a man means you’re sensitive and as a woman means you’re hysterical).
Location 198

Tone policing is an insidious way for people to disregard what you are saying by adjusting the focus to how you’re saying it.
Location 216

Authenticity is less about being the real you and more about finding someone successful to look up to and being that person instead.
Location 383

Sexual harassment in the workplace is a serious offense and will not be tolerated, except in cases where the harasser was clearly joking and you need to relax.
Location 587

You may go through different stages of being more successful than likeable or more likeable than successful or neither likeable nor successful. But one day you’ll wake up and you won’t care about being either and that’s the day you’ll be the most successful and most likeable person, at least to yourself.
Location 840

Make sure your product is something your potential investors could personally see themselves using, or else they won’t be able to see any value in it whatsoever. Even though women are half of the population, remember, anything targeting them is considered a niche market.
Location 892

DAILY APOLOGY   checklist   I’M SORRY FOR . . .   Responding too late   Responding too early   Having my headphones on   Being interrupted   Staring at the bagels   Speaking too softly   Speaking at all   Tripping on a rock (to the rock)   Sharing too much   Not sharing enough   Enjoying food too much   Asking a question   Being misled   Not liking my food   Wanting something different   Someone taking my seat   Saying I’m sorry   Asking to be paid   Being bumped into   Sitting in this chair   Taking up space   Needing help   Offering to help   My shoes being loud   Going too fast   Going too slow   Swallowing too loudly   Knowing what I’m doing   Someone else’s mistake   Being proud of myself   Sharing my thoughts   Being successful
Location 989