Lethal White« an older post
a newer one »The Hanging Tree
Book Notes Written with a loving hand by kitt some time around 17:18 on 16 December 2018 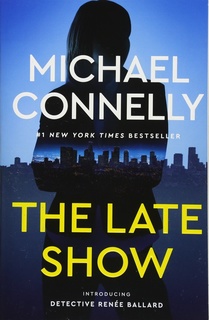 I picked up this book not because I was excited about the new series that Connelly (of Harry Bosch writing fame) was writing, but rather because book two of this series is a Harry Bosch book, and it made sense to read book one before reading book two.

My prediction before reading the book, once I realized the main character, Renee Ballard is a cop, was "Okay, murder, tunnels, and bad cops did it." I was not disappointed, but there was only two of those three.

The book follows a week or so of Ballard's time in the night shift of being a cop in the Hollywood Police Department. A large amount of Los Angeles, ala Bosch, which I enjoyed.

Which is fine. I enjoyed the book. I'm looking forward to the next Bosch book, which is out, but has a 3 month wait at the library. If you're a Bosch fan, this is a good one to read (the Bosch step-brother ones, eh, less so).

Ballard had been in the Dancers and knew the club got its name from a club in the great L.A. novel The Long Goodbye. She also knew it had a whole menu of specialty drinks with L.A. literary titles, like the Black Dahlia, Blonde Lightning, and Indigo Slam.
Location 328

The only problem was that outside of his cases his moral compass didn’t always point true north. He made choices based on political and bureaucratic expediency, not right and wrong.
Location 514

Some of the notes revealed more about the personality of the officer than it did about Ramone.
Location 1129

One wrong input in the search parameters could easily result in a “no records found” response, even if there was a closely matching case somewhere in the data.
Location 1137

Sounds like Machine Learning™ needs to come to law enforcement.

... that would require a warrant and a commitment of time and money from the department’s Commercial Crimes Division that outweighed the importance of the case.
Location 1718

“Somebody who totally fucked me over died today,” she said.

“I don’t know. I guess because it means what he did can never be changed. His death makes it permanent.”

There were eight [surf]boards arranged in slots according to size: her life’s collection so far. She never traded in boards. There were too many memories attached to them.
Location 3149

I kinda feel this way about my cars, and regret selling every one.

Most people were trying to get out of L.A. Ballard was trying to get in. She steadily goosed her rented Ford Taurus through heavy rush-hour traffic on the 101 freeway toward downtown.
Location 3638