Laura Dean Keeps Breaking Up With Me« an older post
a newer one »How the Post Office Created America
Book Notes kitt decided around 16:45 on 12 April 2020 to publish this: 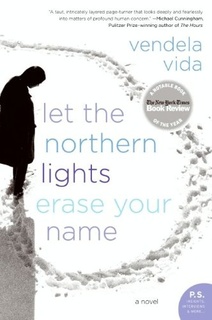 The book came along with The Ghost Map as a recommendation from Dave Pell on The Next Draft, a newsletter I strongly recommend. I've enjoyed all of Dave's recommendations, this is no exception.

The book, from 2007 so I'm quite late to reading it, follows Clarissa Iverton, whose father has just died, on her journey to find her biological father. Said journey started after Clarissa discovers the man who just died, Richard, is not actually her father as she was led to believe her entire life. When she finds out her fiancé knew that Richard wasn't her father, Clarissa table flips her life and does a runner, just as her mother had done fourteen years before.

I enjoyed the realism of Clarissa's actions, I know of few people who haven't wanted to walk away from everything during incredibly stressful times, even as the serendipity of the plot was a bit too neat. The book reads like a verbal montage of the let-me-track-down-my-dad adventure, which is an interesting writing style that works very well.

I enjoyed the book. It's a fast read, even if the subject isn't light.

Recently, everything around me felt familiar yet amiss, like the first time you ride in the back seat of your own car.
Location: 210

The cold on my ears was sudden and burning. I pulled up the hood of my parka. It was, like all hats and hoods, too big for my small head. I had no peripheral vision.
Location: 431

Two young women without coats ran out of a parked car and into a bar. Their arms were crossed over their chests, at nipple line.
Location: 438

Travel is made for liars. Or liars are made by travel. I had
Location: 443

“Yeah, how many countries have you been to?”

I tried to suppress a laugh. “Counting America, one.” He had asked me the question so I would ask him. He was waiting. “And you?” I said. “What’s your—” I paused—“number?”

Whom did Henrik remind me of? No one. He seemed familiar because I wanted to know him.
Location: 1,464

"Okay,” Henrik said. “Why don’t you come to the bar tonight with me and my friends. Everyone in the town will be there.”
Location: 1,758

I read this and thought, "Nooooooooooooo! Cooooovid!" before realizing, wait, no, 2007, it's fine.

Seeing men’s wallets made me sad. They were either too thick or too thin, too old or too new. They always looked wrong.
Location: 1,819