The Magician's Nephew« an older post
a newer one »The Horse and His Boy
Book Notes kitt decided around 08:00 on 1 December 2017 to publish this: 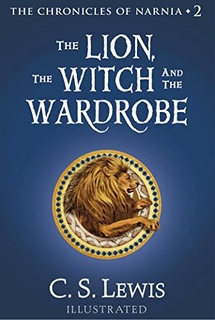 This is Book 2 of The Chronicles of Narnia.

Okay, The Lion, the Witch, and the Wardrobe. This is the book that, if you know only one book in the Narnia series, this is the one you know. It is an allegory for the story of Christ, though, really, can be enjoyed as a children's tale, if you'd like.

If you have insomnia, this is TOTALLY the book to read between 2am and 5am. Zoom zoom.

I enjoyed the quick read, all of two hours or so. I had read this book before. I don't recall if I found the fight and war scenes as absurd the first time through, though. Peter, with no fighting experience, managed to kill the top wolf in Narnia with a sword the first time he holds the sword? Really? What level of divine intervention is this?

On to the next book, also known as the first of the books of the series that I know I haven't read!

Lucy grew very red in the face and tried to say something, though she hardly knew what she was trying to say, and burst into tears.
Page 26

I TOTALLY understand this reaction to feeling powerless. When you are small and less strong than those around you, frustration expresses itself this way.

“Just like a girl,” said Edmund to himself, “sulking somewhere, and won’t accept an apology.”
Page 30

Edmund did not like this arrangement at all but he dared not disobey;
Page 35

See above, about power and helplessness.

He is our brother after all, even if he is rather a little beast.
Page 85

Ah yes. Siblings. Some are wonderful, some are better out of your life. You don't choose your blood relatives, you do choose your family.

"For you also are not to be in the battle."

"But battles are ugly when women fight."
Page 109

To be clearer, all battles are ugly. Some are just harder than others.

And oh, how miserable he was! It didn’t look now as if the Witch intended to make him a King. All the things he had said to make himself believe that she was good and kind and that her side was really the right side sounded to him silly now.
Page 114

God, I hope that all the Cheetoh supporters are feeling EXACTLY THE SAME WAY. You voted for him out of spite and look, things are getting worse for you. Good job.

People who have not been in Narnia sometimes think that a thing cannot be good and terrible at the same time.
Page 127

And Aslan said nothing either to excuse Peter or to blame him but merely stood looking at him with his great unchanging eyes. And it seemed to all of them that there was nothing to be said.
Page 128

Peter did not feel very brave; indeed, he felt he was going to be sick. But that made no difference to what he had to do.
Page 131

“No,” said Aslan. “I am sad and lonely. Lay your hands on my mane so that I can feel you are there and let us walk like that.”
Page 150

The comfort of human touch.

I hope no one who reads this book has been quite as miserable as Susan and Lucy were that night; but if you have been — if you’ve been up all night and cried till you have no more tears left in you — you will know that there comes in the end a sort of quietness. You feel as if nothing was ever going to happen again.
Page 158

“Others also are at the point of death. Must more people die for Edmund?”
Page 179