The Disappearing Spoon« an older post
a newer one »The Fifteen Lives of Harry August
Book Notes Written with a loving hand by kitt some time around 10:15 on 10 November 2018 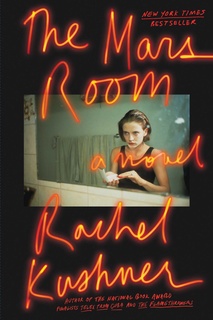 I really need to start keeping notes about why I add books to my reading list. I'm pretty sure this was a book on some "You should read this" list, as the book is on a number of said lists.

When I first started reading the book, I connected with the Kushner's descriptions of San Francisco. Quickly I realized, however, that her San Francisco was definitely not my San Francisco, nor was the main characters's childhood. The names, places, streets, landmarks, yes, I recognized all of those. The drugs and goofing off and delinquency, not so much, and no.

Everyone's raving about the book, though.

The writing is engaging. The plot was slow, but wasn't a bad thing because the writing was good. The characters were interesting. I don't know, worth the hype, maybe? Would I recommend it? I can't say I would, but that's because the book is outside what I normally read and what I would recommend. It can still be worth reading.

I guess if you're looking for a fictionalized account of a woman's prison life, from the perspective of an innocent (in an objective, just world, one could call the crime she committed justified), this book is good. It triggers my "not fair!" button, along with a couple other buttons about human nature, redemption, loss, and justice. But it isn't a comedy, nor does it try to be funny, which makes it better than most fictionalized women's prison accounts.

Sometimes what other people want is wantable, briefly, before dissolving in the face of your own wants.
Page 8

I sometimes think San Francisco is cursed. I mostly think it’s a sad suckville of a place. People say it’s beautiful, but the beauty is only visible to newcomers, and invisible to those who had to grow up there.
Page 9

I have no plans at all. The thing is you keep existing whether you have a plan to do so or not, until you don’t exist, and then your plans are meaningless. But not having plans doesn’t mean I don’t have regrets.
Page 12

We loved life more than the future.
Page 34

I talk to the clerk at the comic book store, who told me what blue balls was (I was probably blue-balling him by asking).
Page 41

And if someone did remember them, someone besides me, that person’s account would make them less real, because my memory of them would have to be corrected by facts, which are never considerate of what makes an impression, what stays in the mind after all these years, the very real images that grip me from the erased past and won’t let go.
Page 43

That was what beauty was, he supposed, when someone’s face stirred feelings.
Page 51

More typically, the good-looking ones were overly aware of their beauty. It was something to which they subjected others, a thing they hawked, bartered, and controlled.
Page 51

The touch of this girl’s comb produced a feeling that was both terrific longing and something like longing fulfilled.
Page 54

Most people talked to fill silence and didn’t know the damage they reaped.
Page 56

He understood there were people who didn’t want to be the wanter, but he could not make himself feel that way.
Page 56

A man could say every day that he wanted to change his life, was going to change it, and every day the lament became merely a part of the life he was already living, so that the desire for change was in fact a kind of stasis that allowed the unchanged life to continue, because at least the man knew to disapprove of it, which reassured him not all was lost.
Page 57

People who tinkered with trucks and dirt bikes and made assumptions of Gordon that he did nothing to dispel, because he knew those assumptions would work in his favor if he needed their help.
Page 94

Gordon withheld judgments. These people knew much more than he did about how to live in the mountains. How to survive winter and forest fires and mud flows from spring rains. How to properly stack wood, as Gordon’s neighbor from down the hill had patiently showed him, after his two cords of chunk wood were dumped in the driveway by a guy named Beaver who was missing most of his fingers.
Page 94

She made it the usual way, with juice boxes poured into a plastic bag and mixed with ketchup packets, as sugar. A sock stuffed with bread, the yeast, was placed in the bag for several days of fermentation.
Page 100

"The seventies is the end of good American cars. We used to make trucks in this country. Now we make truck nuts."

The idea that men would want to display an artificial scrotum—the most fragile part of a man’s body—on the back of their trucks, I said it made no sense and Conan agreed.
Page 105

I knew to let them make their mistake. You never correct, because their wrong might be your right. You wait, see how it’s going to play, see if you are getting some angle from their fuck-up.
Page 108

They were interested in having people to call, people who wanted something from them; it felt good to be pursued. It was a game to get attention. A game that was not a game because it was all they had.
Page 114

Like in the dressing room at the Mars Room, you don’t give your real name. You don’t offer information. You don’t talk about yourself because there is nothing to be gained from it.
Page 115

Men don’t holiday from their addictions. Holidays are busy, because the men need to escape from their real lives into their really real lives with us, their fantasies.
Page 124

But she sulked a lot, and he realized quiet people can control you just as effectively as loud ones. They do it differently is all.
Page 140

“It’s okay to make a promise," London said to Gordon, as if summarizing for the teacher how life actually worked, “but it’s not always a good idea to keep one."
Page 188

I was forced to look at his tattoo, a chest-sized upside-down cross. “Got this to spite my brother," he said, his words thick from pain medication. “He’s a minister."

The women paid extra attention to Gordon, not knowing already what the problem was with him, as they had already established with the other single men at that party, according to Alex.
Page 219

The interaction brought back anxieties from grad school, the way his peers could casually criticize others they didn’t know anything about.
Page 220

The women were doing that grad school thing of air-quoting to install distance between themselves and the words they chose, these bookish women with an awkwardness he used to find cute.
Page 220

I could roam neighborhoods, visit my apartment in the Tenderloin, with the Murphy bed, my happy yellow Formica table, and above it, the movie poster of Steve McQueen in Bullitt. If you’re from SF, you love Bullitt and are proud because it was filmed there. Plus, Steve McQueen had been a delinquent kid who became a star but stayed cool, did his own stunt driving.
Page 238

I had started helping Button with her homework for Hauser’s class. I took more pleasure in it than I would have guessed.
Page 241

The singer, a barrel-chested baritone, launched into a song about a pulpwood hauler who demolished a roadside beer joint with a chain saw. Why did he do it? The song explained why. The pulpwood hauler did it because the bartender called him a redneck and refused to serve him a cold beer. So he destroyed the place.
Page 256

He had in his mind something Nietzsche said about truth. That each man is entitled to as much of it as he can bear. Maybe Gordon was not seeking truth, but seeking to learn his own limits for tolerating it.
Page 261

There were large-scale acts of it, the deaths of tens of thousands of Iraqi civilians in a single year, for a specious war of lies and bungling, a war that might have no end, but according to prosecutors, the real monsters were teenagers like Button Sanchez.
Page 262

After indulging in the difficult facts, he all at once grasped why these kids, Button and her friends, had killed the poor student and ruined their own lives. The student was not a person to them. That was the reason. They would not have harmed someone they knew was a full person. He was alien to them, his fluency in Mandarin something the kids never considered.
Page 262

Racism and misogyny in a nutshell.

Remember this always, Alyosha says, and he means, as an antidote. Retain the innocence of the most wholesome feeling you ever had in your life. Part of you stays innocent forever. That part of you is worth more than the rest.
Page 265

Looking at someone who is looking at you was a drug as strong as any other.
Page 266

To stay sane, that was the thing. To stay sane you formed a version of yourself you could believe in.
Page 269

Geronima, and Sanchez, and Candy, all of them were people who suffered and along the way of their suffering they made others suffer, and Gordon could not see that making them suffer lifelong would accrue to justice. It added new harm to old, and no dead person ever came back to life that he had heard about.
Page 269

It was probably an improvident time to quit a job, with the economy tanking, but the rhythms of the world did not always coordinate with the rhythm of the person.
Page 271

There were women in San Francisco who rode motorcycles. This bothered him. Because women, how did they understand the physics of it. If you don’t get physics you can’t be in control of speed.

He could put her on the back, though. Teach her how to hold on tight, lean with him as he leaned. So many broads didn’t even know how to be a passenger, leaned the wrong way when he cornered.
Page 311

This was from the misogynist part of the storyline.

Appropriately, I'd want to pipe this fictional character, too.

The life is the rails and I was in the mountains I dreamed of from the yard. I was in them, but nothing stays what you see from far away when you get up close.
Page 335