Fives and Twenty-fives« an older post
a newer one »Binti
Book Notes Yeah, kitt finished writing this at 19:42 on 31 May 2019 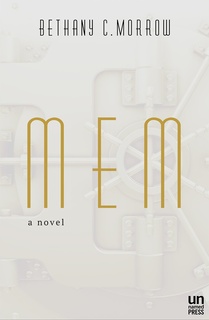 I really need to keep a list of where I find books and add them to my to-read pile. I have no idea where this one's recommendation originated, but it was on my list, on hold at the library, and dropped. So, I read it. As one does.

The book takes some reading to understand the world of the book. In this world, memories can be extracted into living, breathing, existing beings. Said extraction removes the memory from the person whose memory it is, the Source. The extracted memories survive as long as a memory would, except the one whose tale this book tells.

How glorious and wonderful would this process be? That one could remove a memory and never feel the pain or sorrow or loss associated with that pain. Extract the memory of the lost love and it can share its joy with those around her.

Except, we are who we are because of the memories. Trials and troubles and difficulties are f'ing hell when we go through them. They can break us. They can make us stronger. They shape who we become.

And that's rather the point of the book, I would say. A commentary or illustration about how removing a memory adversely affects the person, how so much of our lives are intertwined that every memory has an echo in other parts of us, and how this process would be actually be a very awful thing indeed.

Mem is a fast read. If you're a fan of Morrow's, or like subtly sorrowful books, this one is worth reading. Otherwise, try One Hundred Years of Solitude for the sorrowful reading.

The Professor’s answer was always the same: he was pleased that the technology was bringing relief and sometimes even amusement to the affluent classes, but he regretted the way his work remained financially inaccessible to others. The science of extraction had been developed to help people heal from painful memories, he reminded them, and the poor had as many as the wealthy.
Location: 325

The overwhelming majority of extractions continued to be exercises in purging, and few Sources retained their extracted memories as keepsakes. In truth, few Mems were of the happy sort, and their shelf life was expected to be relatively brief (or so the Bankers’ observations had seemed to prove).
Location: 329

And while she enjoyed a good memory presentation as much as anyone, she felt entirely convinced that her Mems could be different. They could be like me. Certainly the Professor impressed upon her the fact that he could make no such guarantee and that he was entirely unsure why Dolores Extract No. 1 showed no signs of expiration, but life had taught the woman that all things were possible, as long as you made clear your reasonable desire.
Location: 385

It was the first time I’d been lied to by a man, that I knew of, and I felt it must mean something.
Location: 424

What surprised me most was that while he was the one being dishonest, I somehow was the one made to feel small and uncertain.
Location: 424

I thought of my own parents and the secrets they’d agreed to keep from Dolores the moment they rushed her to the clinic, the things they vowed never to discuss after her extractions, though she’d never remember them now. It seemed a sacrifice any number of families would make, and I couldn’t imagine they would lament escaping the memory themselves. The grand charade was never just for the Source.
Location: 737

It wasn’t love or death and it was rarely betrayal that sent them there. While women came desiring any number of memories extracted and for a variety of reasons, it seemed that men had an almost singular experience with which they couldn’t make peace.
Location: 780

“Perhaps if the law were written more clearly, they wouldn’t be fractured in the first place.” “But even better if the procedure could be perfected.” I’d never felt such a rush of violent disagreement. It rolled up the length of my torso and burned my chest, as if more than a mere opinion. It was strong enough in fact that suppressing it took effort. “If people are imperfect enough to destroy their minds, perhaps they cannot perfect the procedure that allows them to do so.”
Location: 851

Ettie and I had agreed that when it was just she and I we needn’t coddle each other’s feelings the way men often did.
Location: 924

But more than that, the experience. What’s it like to know there’s something you’ll never remember?” She scoffed at her own question. “Silly!”
Location: 927

“In that case, it’s just cruel. Trapping one moment or feeling inside someone and then leaving them to expire when the feeling runs its course.”
Location: 935

This moment is the first of its kind in Montreal, and so is the dead man. On all sides of the accident, pedestrians, streetcar patrons, and motorists alike vacillate between hysteria and calm. There is no way to know which will become the standard response when automobile accidents become commonplace. But there is something else. An understanding that this is possible. It is possible to be killed by the most prized of possessions, to be destroyed by the greatest invention of our time. It is possible to die in the street no matter how you began the day. This is the first universal truth I have ever come by on my own and it multiplies like fire. Because if this is possible—if sudden death is no respecter of persons—so must every horrid thing be.
Location: 993

“It’s heartbreak food. Real girls eat dessert first thing in the morning when someone’s made us sore.” She sat down beside me. “I do, anyway.”
Location: 1,468

“Real people assume it must be lovely,” I explained between tiny bites. “That she must have written me lovely things.”

“But it’s not true of every mother and child, Mem or not. Scores of families are hideous, Elsie, they are.”

“Why is memory this way? Why isn’t it content to hurt you once? Why must it remind you of all the times you’ve been hurt before?”
Location: 1,482

Standing between them, I felt a weakness threatening my knees and a hot pounding in my chest, unsure which one would overwhelm me first.
Location: 1,729

There’s a chance that I was angry, that I had been all along. Even when I thought that I was tired of fighting, perhaps I was exhausted by having to.
Location: 1,730