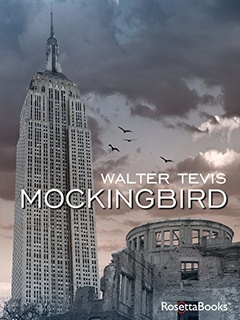 I read this book on Cal's recommendation. It was on his list of recently read and recommended books, so I picked it up, and read it relatively soon afterward (how unusual for me). It is a science fiction dystopian novel where the world is run by robots and privacy norms keep everyone isolated from everyone else.

The book opens with the last of the Make9 robots climbing to the top of a skyscraper, wanting to jump off, commit suicide, and being unable to do so. We then discover his world where robots run everything, and the world is deteriorating, because no one knows how to do anything, make anything, or, hell, even read.

I struggled with this book in the beginning, mostly because the implementation of the dystopia seemed wrong. When the future was everyone watching television and taking drugs (pot maybe to mellow everyone out?), I was like, "Television? Uh..." The book was published in 1980, so, okay, no Internet in this future. But a few other nuances about taking privacy to extremes felt completely off, too.

While the details don't survive the test of time, the commentary does. If you're a fan of social commentary in the form of science-fiction dystopia, this is a book to read.

"You ought to memorize your life, the way I am doing. You ought to dictate your whole story into a recorder. I could write it down for you, and teach you how to read it."

He looked back toward me and his face now seemed very old and sad.

"I have no need to, Mary. I can't forget my life. I have no means of forgetting. That was left out."

Sometimes Bob (the Make9 robot) is more human than any human I have ever known.