The Hidden Habits of Genius« an older post
a newer one »Wintering
Book Notes Posted by kitt at 14:22 on 30 April 2021 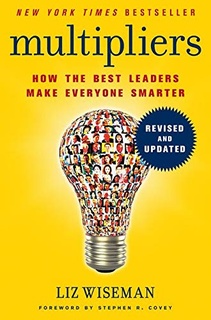 This book was a women-in-tech book club book that I read, and missed the discussion about. I am disappointed I missed the discussion, as I really did not like this book. The basic premise of the book being that people in power positions (not going to say leader, because a lot of managers manage, they don't lead, and a lot of leaders don't lead, they manage, so let's call a duck a duck, and say people in power) are either diminishers or multipliers, either you cut down and reduce the productivity and usefulness of your subordinates, or you multiple the productivity and networks of your people.

And the two broad categories just don't work. I came to the book wanting to believe in this simplistic view, and just can't.

The first inclination of "eh.... your facts are incorrect" came with a tale of Apple:

For example, when Apple Inc. needed to achieve rapid growth with flat resources in one division, they didn’t expand their sales force. Instead, they gathered the key players across the various job functions, took a week to study the problem, and collaboratively developed a solution. They changed the sales model to utilize competency centers and better leverage their best salespeople and deep industry experts in the sales cycle. They achieved year-over-year growth in the double digits with virtually flat resources.

This is, quite frankly, complete and utter bullshit. A basic tenet of Apple culture is Harvard's definition of stress: accountability without authority. You are literally taught this in the new employee training classes. You are responsible for getting things done above and beyond any sort of reasonable expectations, and you are not given the resources or authority to get these tasks done, and you do it anyway. The whole "took a week to study the problem, and collaboratively developed a solution" is so far away from Apple culture that the Gell-Man Amnesia Effect punches you in the face. Twice.

So, keep reading. Soon, we come across the Shackleton tale of the newspaper ad:

In 1914, Ernest Shackleton, the venerated British explorer, embarked on an expedition to traverse Antarctica. His recruitment advertisement in The Times (London) read: Men wanted: For hazardous journey. Small wages, bitter cold, long months of complete darkness, constant danger, safe return doubtful. Honour and recognition in case of success. Surprisingly, hundreds of men applied. Shackleton, with the wisdom of an experienced captain, staffed his crew with men of a certain orientation—men who were attracted to adventure and recognition but who were also realistically prepared for the hardship they would face. No doubt Shackleton’s ability to attract the right team was one key factor in the survival of every member of the expedition.

The ad was never actually placed. It is a great element of the legend of Shackleton, widely told, and false.

So, if Wiseman is going to use this tall tale as an example of being a multiplier, and we refuse, again, to succumb to the Gell-Man Amnesia Effect, well, all of Wiseman's anecdotal evidence for the hypothesis of multipliers and diminishers becomes suspect.

Worse than either of these two tales, many of the examples of "diminishing" are actually full-on asshole behaviour. One doesn't need to think "diminisher" when experiencing assholes, one should think, "fuck off" and leave. In this case, The No Asshole Rule becomes a better book to recommend.

So, yeah, did not like this book, do not recommend this book. It is soft, it is impractical, and it is frustrating to read. A better read would be: "Be kind. Trust your people. Expect greatness. Have accountability. Don't borrow unhappiness."