A Short Guide to a Happy LIfe« an older post
a newer one »The Rosie Effect
Book Notes Written with a loving hand by kitt some time around 22:36 on 27 December 2015 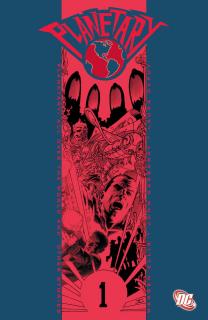 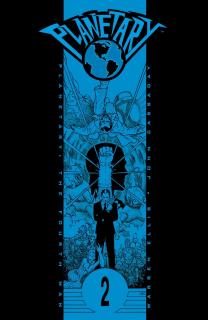 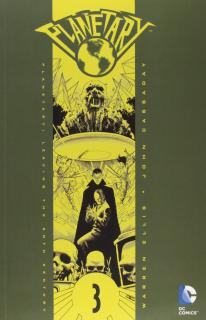 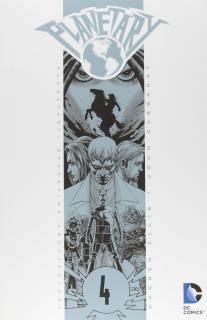 Okay, another graphic novel series. Unlike the Alias / Jessica Jones series, this one is from the DC Universe, which I know not a lot about other than the over-arching storylines of Superman and Batman.

Like all good stories, we start out with world building. Like all great stories, we don't have a lot of overly explicit explanations of the world. Instead, things just "are" and we are left as the reader to figure out the laws of this universe.

And, in this universe, the laws are very strange indeed.

I picked up these books on Susan's recommendation, not really able to resist a good story, regardless of the telling form.

The book follows the mystery of Elijah Snow, "Mr. Snow" to the world. He's been wasting his life in a desert diner. He's invited to a new job at a mysterious corporation, Planetary, whose job is to discover secrets and uncover mysteries. The world is strange, and Planetary keeps it strange. Sorta like Austin and Portland, I suspect.

I binge read these books, which are a collection of the entire saga, issues 1-29. I don't know if the storyline would have been more suspenseful doled out over 6 years, but the story by Warren Ellis was fun, and the cultural references interesting (in the actual definition of interesting, and not the "I'm using a neutral word to describe something not engaging").

I recommend the series (and currently have a full set available for friends to borrow).