This Is Your Life, Harriet Chance« an older post
a newer one »The Song of Achilles
Book Notes Written with a loving hand by kitt some time around 14:24 on 29 January 2018 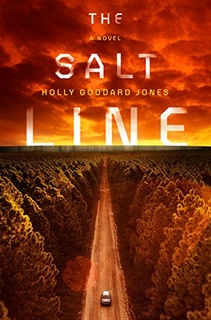 Do not know why this made it onto my book reading list. Likely from some BookRiot post, if I had to guess. It dropped from the library, so I read it. And enjoyed it.

A large number of other book reviews (which I read when I was trying to figure out why I added the book to my reading list) commented that the ending was weak, which I don't agree with. The ending wasn't a large, hugely climatic, GOOD VERSUS EVIL ending, not at all. It was, honestly, what I would classify as a Life™ ending. Nothing huge, some parts good, some parts bad, all parts uncertain. I'm less interested these days in a nice, happy-ending, all-the-loose-ends-tied-up-with-a-bow type endings anyway. I was satisfied with the ending.

THAT all said, ugh, do I have a mid-book comment (with a slight spoiler, so ignore if you don't want that spoiler):

"Okay, so, you kidnap 10 people, kill one, then death-march the remaining 9, and are SURPRISED when one kills two of your own when escaping your captivity? Really? Really? #whowritesthiscrap?"

The writing / dialog along that part of the story was weird.

I enjoyed the book.

Edie, of course, was practically invisible among these people who saw their financial bounty as proof of their superior intellects and talents.
Page 13

Now her scalp was bristled with fine hairs, and she couldn’t stop running her hands across it, listening to the rasp against her dry palms.
Page 24

He watched his mother and father carefully, listening to their desires and complaints, noting that so much of what seemed to aggrieve them in life was tied to money: how there was never enough of it to live as they wished, and how the culture of its use was abstract and unspoken, with rules that everyone was expected to follow without ever having been taught them.
Page 54

“It’s not right,” Mickey said. His face shined with tears. “You pay as much I did, you expect some things.”
Page 107

Why, instead of screwing around with the idea of virtues, hadn’t he been coming up with ways to let money do what it does best: create power? The key was to find the right vessel for that power. That was capitalism at work.
Page 109

What a pleasure, a luxury, to be carried to bed by someone you loved and trusted, someone with the physical power to move you gently and tenderly, to slide you between cool covers at the exact moment you slid back down into sleep.
Page 124

Okay, this idea of original sin has always annoyed me. How can I be responsible for something when I wasn't even alive when it happened?

There's no f'ing way someone is complicit in these "acts of evil" if they didn't know, and had no way of knowing. You can't blame a person for ignorance, they don't know any better.

Willful ignorance, however, that's a different matter entirely. Blame all you want on those.

“That might be worse, honestly,” Wes said. “Ideals make people stupid. Believe me, I know.”
Page 186

But every so often, for weeks, months at a time, his dissatisfactions coalesced into an impenetrable fog, so that even his anger seemed pointless and small. These fogs had happened enough times that he recognized, from somewhere outside himself, the pattern. He could, for a while, tell himself: This will pass. This isn’t you. This is some stew of chemicals and hormones in your brain, translating stimulus into despair, and if you take these meds or do this exercise or spend this amount of time a day out in the sunshine, the recipe will change, and you’ll see clearly again. Wait for it. Just a little longer.
Page 214

“Far from it,” said Hakim. “What I’m asking of you is scarier. It would require you to live your life.”
Page 221

“I don’t think there’s any nobility in misery,” Hakim said. “There’s certainly no nobility in suicide. I was once like you. I saw the world and grieved. I didn’t see any reason for it. For existing. So much pain and so little point. Yet I had a life! This was a fact. It would one day end. This was also a fact. And I could end it whenever I wished. This was my reassurance. ‘I can always end it tomorrow,’ I told myself. And then I discovered something.”

"There was a large garden on the premises and helping with it gave me something to do. When I despaired, I weeded. I lost myself in the physical process, the repetition. I pulled and pulled, and one day I pulled myself out of my sadness.”
Page 222

Beth had been intrigued by his distance, he knew. More certain she wanted him because she was less certain she was wanted.
Page 227

Or the job she quit, because she thought she hated it, and she no longer needed it, only to discover that hate is relative—that when you have no money of your own, no outside force shaping your days, you might long for even some low-wage drudgery?
Page 235

The abortion wasn’t the great loss of her life, but it would probably always be the greatest mystery.
Page 235

Like many people who derive their sense of goodness from their religious affiliation rather than their actions, Teddy was able to soothe himself with the belief that this was part of God’s plan, and if the child were meant to survive, God would protect her.
Page 281

“Well, you’re young yet. You may change your mind.”

“Women your age always say that.”

Wes felt the moment coming when he’d have to do the decent thing again, the thing he could live with, even if it meant not living.
Page 347

Edie wouldn’t miss Andy, Berto, Ken. But she could put her arms around each of them, feel their hearts thudding against her own—proof that they all lived, still. Was that the point of a hug? Two human hearts thudding together, testifying?
Page 375