One Day We'll All Be Dead And None Of This Will Matter« an older post
a newer one »The Magician's Nephew
Book Notes Yeah, kitt finished writing this at 12:58 on 24 November 2017 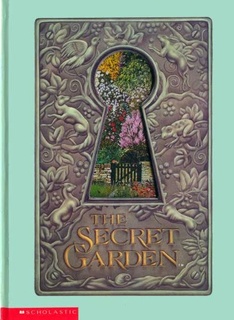 I have had this book on my shelf for ages. Like, possibly decades, two of them. Given my desire to fill the holes in my childhood and teenage reading choices, I grabbed this one from the stack and started reading.

I have to say, while I did pick a hardback book, I picked a crappy printing of this book. I won't be keeping this particular copy.

As for the book, it was cute. It likely would have had more impact had I read it as a kid. I struggle to see how a spoiled kid, TWO of them no less, can become pleasant children if left to their own devices, given an outside to play with. Pondering that, maybe the problem is me, and kids would become pleasant with exercise and the like.

This book also included the obsessive love that seems to be pervading, in one format or another, many of the books I've read recently.

I'm glad I've read the book. I wasn't moved about it. It's classic literature, will likely stay that way. While many people ask if they'd prefer to be or befriend Mary or Colin, I have to say I'm more likely to hang with Dickon, the animal whisperer. I liked him best.

“what Dickon would think of thee?”

“He wouldn’t like me,” said Mary in her stiff, cold little way. “No one does.”

Martha looked reflective again. “How does tha’ like thysel’?” she inquired, really quite as if she were curious to know.

Mary hesitated a moment and thought it over. “Not at all—really,” she answered. “But I never thought of that before.”
Page 62

“Mother said that to me once,” she said. “She was at her washtub an’ I was in a bad temper an’ talkin’ ill of folk, an’ she turns round on me an’ says: ‘Tha’ young vixen, tha’! There tha’ stands sayin’ tha’ doesn’t like this one an’ tha’ doesn’t like that one. How does tha’ like thysel’?’ It made me laugh an’ it brought me to my senses in a minute.”
Page 63

And she ran into the middle of the room and, taking a handle in each hand, began to skip, and skip, and skip, while Mary turned in her chair to stare at her, and the queer faces in the old portraits seemed to stare at her, too, and wonder what on earth this common little cottager had the impudence to be doing under their very noses. But Martha did not even see them. The interest and curiosity in Mistress Mary’s face delighted her, and she went on skipping and counted as she skipped until she had reached a hundred. “I could skip longer than that,” she said when she stopped. “I’ve skipped as much as five hundred when I was twelve, but I wasn’t as fat then as I am now, an’ I was in practice.”
Page 71

Because, yes, a kid who has never skipped before can suddenly skip like the wind.

“It looks nice,” she said. “Your mother is a kind woman. Do you think I could ever skip like that?”

“You just try it,” urged Martha, handing her the skipping-rope. “You can’t skip a hundred at first, but if you practice you’ll mount up."
Page 71

“Do you want to live?” inquired Mary.

“It is the sun shining on the rain and the rain falling on the sunshine, and things pushing up and working under the earth,” said Mary.
Page 133

“She is my mother,” said Colin complainingly. “I don’t see why she died. Sometimes I hate her for doing it.”

"Why is the curtain drawn over her?” He moved uncomfortably. “I made them do it,” he said. “Sometimes I don’t like to see her looking at me. She smiles too much when I am ill and miserable. Besides, she is mine and I don’t want everyone to see her.”
Page 135

“Is Colin a hunchback?” Mary asked. “He didn’t look like one.”

“He isn’t yet,” said Martha. “But he began all wrong. Mother said that there was enough trouble and raging in th’ house to set any child wrong. They was afraid his back was weak an’ they’ve always been takin’ care of it—keepin’ him lyin’ down an’ not lettin’ him walk. Once they made him wear a brace but he fretted so he was downright ill. Then a big doctor came to see him an’ made them take it off. He talked to th’ other doctor quite rough—in a polite way. He said there’d been too much medicine and too much lettin’ him have his own way.”
Page 140

We become what others expect us to become when we are children.

If we expect greatness, we'll more likely see it than if we expect nothing.

“How do you know?” said Mary unsympathetically. She didn’t like the way he had of talking about dying. She did not feel very sympathetic. She felt rather as if he almost boasted about it.

“Oh, I’ve heard it ever since I remember,” he answered crossly. “They are always whispering about it and thinking I don’t notice. They wish I would, too.”

Mistress Mary felt quite contrary. She pinched her lips together. “If they wished I would,” she said, “I wouldn’t. Who wishes you would?”
Page 146

“Do you think he wants to die?” whispered Mary.

“No, but he wishes he’d never been born. Mother she says that’s th’ worst thing on earth for a child. Them as is not wanted scarce ever thrives."
Page 161

Mary’s lips pinched themselves together. She was no more used to considering other people than Colin was and she saw no reason why an ill-tempered boy should interfere with the thing she liked best. She knew nothing about the pitifulness of people who had been ill and nervous and who did not know that they could control their tempers and need not make other people ill and nervous, too. When she had had a headache in India she had done her best to see that everybody else also had a headache or something quite as bad. And she felt she was quite right; but of course now she felt that Colin was quite wrong.
Page 167

"Mother says as th’ two worst things as can happen to a child is never to have his own way—or always to have it. She doesn’t know which is th’ worst."
Page 183

... had stared when he first saw Mary; but this was a stare of wonder and delight. The truth was that in spite of all he had heard he had not in the least understood what this boy would be like and that his fox and his crow and his squirrels and his lamb were so near to him and his friendliness that they seemed almost to be part of himself. Colin had never talked to a boy in his life and he was so overwhelmed by his own pleasure and curiosity that he did not even think of speaking.

But Dickon did not feel the least shy or awkward. He had not felt embarrassed because the crow had not known his language and had only stared and had not spoken to him the first time they met. Creatures were always like that until they found out about you.
Page 202

“He’d be at home in Buckingham Palace or at the bottom of a coal mine,” he said. “And yet it’s not impudence, either. He’s just fine, is that lad.”
Page 207

One of the strange things about living in the world is that it is only now and then one is quite sure one is going to live forever and ever and ever.
Page 215

He liked the mysteriousness of it and did his best, but in the midst of excited enjoyment it is rather difficult never to laugh above a whisper.
Page 217

“Well,” he said, “you see something did come of it. She used the wrong Magic until she made him beat her. If she’d used the right Magic and had said something nice perhaps he wouldn’t have got as drunk as a lord and perhaps—perhaps he might have bought her a new bonnet.”
Page 241

“Th’ best thing about lecturin’,” said Ben, “is that a chap can get up an’ say aught he pleases an’ no other chap can answer him back. I wouldn’t be agen’ lecturin’ a bit mysel’ sometimes.”
Page 269

In each century since the beginning of the world wonderful things have been discovered. In the last century more amazing things were found out than in any century before. In this new century hundreds of things still more astounding will be brought to light. At first people refuse to believe that a strange new thing can be done, then they begin to hope it can be done, then they see it can be done—then it is done and all the world wonders why it was not done centuries ago.

One of the new things people began to find out in the last century was that thoughts—just mere thoughts—are as powerful as electric batteries—as good for one as sunlight is, or as bad for one as poison. To let a sad thought or a bad one get into your mind is as dangerous as letting a scarlet fever germ get into your body. If you let it stay there after it has got in you may never get over it as long as you live.
Page 281

When he traveled about, darkness so brooded over him that the sight of him was a wrong done to other people because it was as if he poisoned the air about him with gloom.
Page 283