The Tangled Tree« an older post
a newer one »All Quiet on the Western Front
Book Notes kitt decided around 14:37 on 19 July 2019 to publish this: 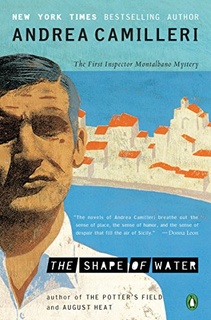 Andrea Camilleri passed away a short while ago. After his passing, his death was mentioned in the NYT and in a post on MB.

I wasn't sure if the MB post was a recommendation for the books or not, but figured, hey, the author passed away, he was a fairly prolific writer, maybe a book or two are worth reading. Problem is that most early works, especially the first of a series, and the first published by an author, have rough edges. The author may not have (that is to say, likely hasn't) developed their voice yet, so the first novel isn't a great choice for a reader's introduction to said author's works.

At least, that's what I'm going to say.

The book was a murder mystery. The characters were one-dimensional, feeling more like a long 1970s era Fantasy Island episode than a detective or mystery book. A prominent business man (was he as good as his public face, or was he good at covering up his corruption?) is found dead in a seedy location. A blonde is seen fleeing the scene, suspiciously.

Everyone thinks the guy died while having sex with a known high-class prostitute. Well, everyone except his wife and Urbane Sicilian police inspector Salvo Montalbano. Let's take a moment to point out that only the wife saw that the dead guy's underwear was on inside-out, okay?

Yeah, so, when the murderer comes out of nowhere, I rather scream deus ex machina and flip the table.

I'd say, if you're on a desert island, sure, read this book. Or if you're a fan of Camilleri and are reading all his works, yes. Otherwise, watch the tv shows. Wait, maybe not, are they any good? Don't know.

Pecorilla was the foreman in charge of assigning the areas to be cleaned, and he nurtured an undisguised hatred for anyone with an education, having himself managed to finish middle school, at age forty, only thanks to Cusumano, who had a man-to-man talk with the teacher. Thus he manipulated things so that the hardest, most demeaning work always fell to the three university graduates in his charge.
Page: 5

“If, on the other hand, you hush everything up, the silence itself starts to talk, rumors begin to multiply out of control until you can’t stop them anymore.
Page: 100

If I had to express my sincere opinion of the man, I would say that he represents a splendid specimen of the nincompoop, of the sort that flourish wherever there is a rich and powerful father.
Page: 115

He thought it best to exit, return to his car, and get his pistol from the glove compartment. He hardly ever carried a weapon; the weight bothered him, and the gun rumpled his trousers and jackets.
Page: 118

“Where do we go now?” Ingrid repeated. She wasn’t joking anymore; utter female that she was, she had noticed the man’s agitation.
Page: 154