I wasn't sure if I wanted to include graphic novels in my "I have read" book reviews. I'm uncertain why I was hesitant. There are good ones, bad ones, poorly-drawn but well-written ones, well-drawn but poorly-written ones, worth-reading ones, and not-worth-reading ones. Which is to say, they are books. As such, they can be reviewed; perhaps with different criteria, but reviewed none-the-less. 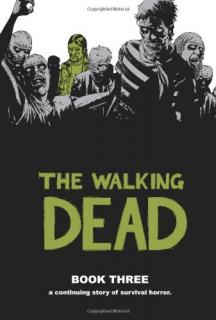 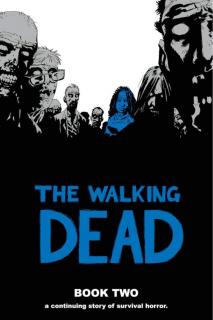 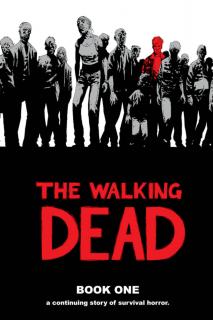 So, with that said, I am now including the graphic novels in my reading list (I should probably add the multiple readings of the Dresden Files, too. To ponder later...). This year, I read the first three Walking Dead graphic novel "books". I don't know what else to call them other than "books" in that if you look for the Compendiums, you will get a different set of comics than you do with the "books." Each book is about 12 issues of the Walking Dead comics. The series started in 2006, which shows you just how long it took me to become aware of the series. Yes, yes, it was the television show that brought these to my awareness.

I read the first one ZOOM fast. The second was less fast. The third one the speed of the second. There is a lot of death. So much, that I slowed in my reading.

There are a number of places where the television series diverges from the books (no CDC in the books, Rick's life is a little more gruesome, more and different people dying). However, the series sticks fairly true to the books, diverging to keep the story interesting or explain some plot point.

I can't recommend reading them all one after the other as I have read them, nor can I recommend reading them in tandem with the television series. All at once is too much death. It's a rough read. In tandem with the television series means a lot of "THAT'S NOT WHAT HAPPENED!" and "WHAT ABOUT THIS PLOT POINT?" and "WHAT THE HELL?" and "HE ISN'T SUPPOSED TO BE WITH HER." and "NO NO NO, HE LIVES!" reactions, so you can see why I wouldn't recommend them in tandem.

I will, however, recommend the books. The plot has some gruesome parts, and some uncomfortable parts. People being assholes to each other, even over scarce or perceived-scarce resources, always makes me uncomfortable. I kept reading. The writing is good, the storyline interesting, and the character development is fantastic. An individual in a post-apocalyptic world trying to stay alive, deal with loss and still move forward, isn't always an easy thing to portray. Sometimes you just want to think, "WHY WOULD YOU DO THAT?" to the characters, yet their actions are consistent for their own view. I like that part.

So, yeah, I recommend these books and will keep reading them. I hear there are another 8 or so books available in this series. Yay!