Little Drummer Girl« an older post
a newer one »Invisible Murder
Book Notes kitt decided around 22:09 on 15 October 2015 to publish this: 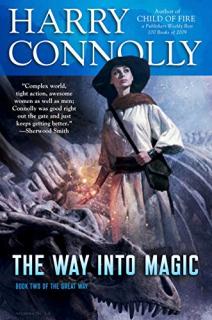 I have one more book to read in this series. I'm invested enough to to keep reading. If you like Harry Connolly's work, read the series. If you don't know him as an author, read the Twenty Palaces books instead. Those are fantastic.