I flew out to Arizona today to hang out with Mom on my way to Austin for TXJS this weekend I usually fly two round trips through Phoenix when my flights require a layover in Phoenix, and just extend the layover to a day or so stop over and visit. It's a nice way to see Mom, it means I see her more frequently than I normally would, and, well, that's aways a good thing.

I had other motivations, not the least was having someone to talk with about the many things going on with my life. I wanted someone so outside of my world that judgment would be difficult, as would being anything but objective. When a friend comes in and starts ranting, you side with her, because she's a friend and you want to help her. When a stranger comes in and starts ranting, well, you tell her to shut the fuck up and fix the problem. I needed that latter more than anything else at this point.

Unfortunately, Mom caught the brunt of that shit storm brewing (good lord, this is a lot of cursing... clearly I'm stomping mad... heh, stomping mad... hold on, I'm going to go outside and stomp around mad near the dog, so that I can burn off some of this mad...) coming in, and, well, that wasn't good. When someone you love is a convenient target, well, it's also time to stop ranting.

And we had an awesome time. 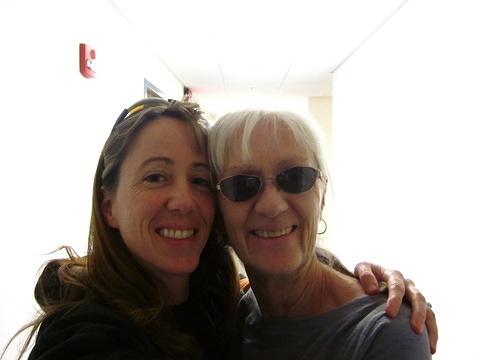 My mom works for a local museum. She's in the accounting department (where "department" is used loosely, since she's the only one in it). She's managed to apply some organization to the chaotic numbers and reports they had, which is cool. We talked about numbers a lot (whoo! numbers! statistics!), and I commented to her that creating immediate metrics will help her a lot better than looking at numbers from four years ago (you recall, before the economy tanked). We talked data visualizations and what metrics are actually relevant to the long term viability of the programs at the museum. We talked numbers and trends and how to use them to predict what exhibits could be popular in the future, including how the employees' perceptions of an exhibit do not predict the public's sentiment (in particular, the least favorite exhibit from the employees' viewpoints turned out to be the second highest revenue generator for the museum - take that, small-group perception!).

Eventually, the work day ended for her, so we headed on out. Eric wasn't going to be able to meet us for dinner quite yet, his schedule being an hour off Mom's, so I asked if we could run errands together, get those items done that need be doing, but that never seem to get done, just as I had with Dad when I visited last. Off we went to the library, and holy crap, the Mesa Public Library? 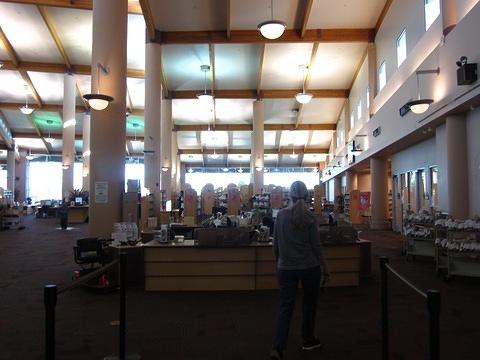 First of all, it's big and bright and airy. I didn't look around to see how large the collection of books was (which, really now, is a good indication of how much I *really* want a library), but the main area, for the popular stuff, was nicely sized and full of books.

The library also has a very impressive hold process for books. You can reserve a book online, and, when it's available, be notified by email. You go in, and it'll be on one of the three shelves (pulled just this afternoon, pulled this morning, pulled yesterday or before), where you can go pick up your book. If you don't pick it up within two days, you're charged $2 a day for a number of days, after which the book is placed back on the shelves or put on hold for the next person on the list.

A clever backdoor revenue generator? Yes, and I am impressed.

I was more impressed, however, with the checkout process. 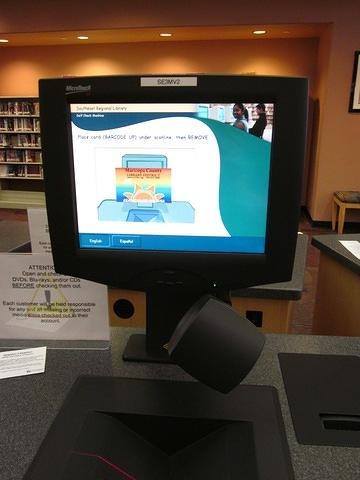 There isn't anyone there to check out the books for you. I suspect the RFID and barcode adding when a book comes in is the hardest part, but really, that's done just one time. I have to wonder about how effective the process is for deterring theft. I'd be curious about that, since most people aren't going to steal a book, and an RFID is easy to remove. All backpacks are searched, so I suspect that helps reduce the theft ratio. All in all, the process was very nice and smooth, and wow, it must have been a long time since I have been in a library that this impressed me so much, or that I thought about it as much.

After the library, we went off for dinner, and Eric joined us. 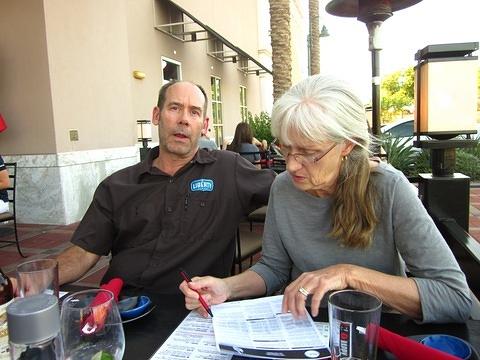 Yeah, $10 for a better picture of the two of them.

Eric is good about being, well, objective while still helping me out with things. We managed to make it through most of dinner before he asked about the Hacker Dojo. Mom tensed, and I let loose, albeit less intensely than before, given the food in my mouth.

Eric listened while I talked, asked a few questions, then listened more. When I was done, he looked up and asked, "You were there when it started, right?"

"You were a director, right?"

"Well, they can't take that away from you. You can still introduce yourself as a founding director of Hacker Dojo. You were there when it started, you helped create it. It exists now, anyone can be a director now that it exists. The impressive part is building it and helping grow a community, creating a new company that does something different than what you've seen before. You don't need to be a director now. You've done the impressive part."

I sorta sat there stunned for a minute.

And the tight ball I had inside my chest, the part that raged at David and Brian and Jeff and Katy for taking away from me that which I had invested so much time and effort and money into, at the four of them seemingly withholding their friendship in the process, for failing to look at me in the eyes as they ripped my heart out, that part that raged? It loosened. It's still there, but, well, it's not as big or as intense as it used to be.

Smack up the side of the head, shut the fuck up, fix the problem and all that.

Yeah, Eric does that well.

LOVE, LOVE, LOVE Eric's take on the Hacker Dojo stuff. You (like me) will forever be a FOUNDING Director.. it's still on my resume and I don't think I'll ever take it off.