Andy has his own pokestop!

I am never leaving his house. 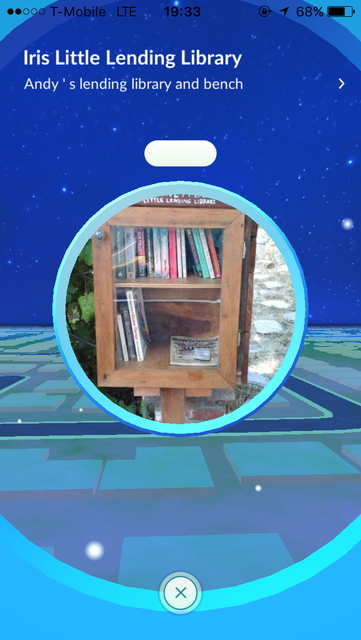 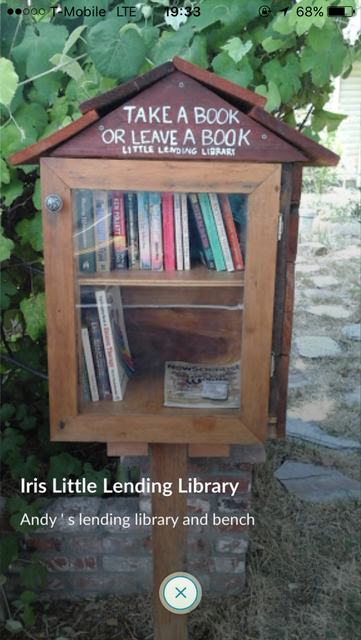 Andy is on a roll. Well, sorta.

He bought four tickets to see Green Day at the Shoreline, and invited Chris, Kris, and me to go with him. Kris spent the day in Santa Cruz at the Labor Day ultimate tournament (note to self: mixed was up at Crocker Amazon, I should ask my friends how they did), so was already slightly tired when Andy and Chris came over. Of course, Chris rode 120 miles, and Andy rode 60+ miles today, so really the only slug today was I.

After seeing the Killers months ago at the Shoreline, and more recently, seeing John Mayer with Jonathan last month, we had a better feel for what to expect time wise, and chose to arrive later and leave later. We left the house after 7 for a concert that started at 7. Since none of us wanted to see the opening band, this worked really well: traffic was non-existant, we had a good exit parking space, we arrived just as Green Day took the stage.

Andy bought us AWESOME seats. We were two rows up, on the inner left side (204 B 1-4, if you know the lay of Shoreline Ampitheatre).

While the seats were awesome, the company around us was not.

Just behind us were a group of men who were very excited fans. Now, that wouldn't be a problem, if they were just excited fans. They were also stoned, drunk excited friends with no boundaries. While Kris was just outside their reach, I was not, and managed to be spit on, hit, shoved, trounced and dumped on during the concert. Beer was dumped on my back side by one woman who walked back and forth along our row at least four times, before settling inbetween the guys behind us, which is to say, not in her own seat. The group of three guys behind us became six people, as they jammed into the good seats.

When I wasn't being mauled by the people behind us, I have to say, I very much enjoyed the concert.

Ear plugs were a requirement for this concert. "I was fine until they loosed the cannons," was Kris' comment. And yeah, they had cannons or gun shots or something that produced a heart-stopping BOOM during the concert. Many times during the concert.

Yeah. Ear plugs. So much better than, "Yeah, after one of those booms, I couldn't hear for thirty seconds." Kris was the only one who didn't have ear plugs.

I have to say, I'm not so sure about ten year olds at the concerts where the lead singer spends the first ten minutes saying fuck every ten seconds. Fuckity fuck fuck fuck, or some such. Some dad kept walking his kid back and forth in front of us (did I mention we had a lot of people walking in front of us? Must have been something special about our row), dragging her along behind him.

Neither had earplugs in.

One of the things that (should not have but) surprised me (nonetheless) was the number of people invited to the stage. The first guy that came to the stage did a full stage depth sprint into the audience to crowd surf off of it.

The next one up was a woman who gave Armstrong (lead singer) a hug so fierce he had to sing around her hug. The true professional he is, he managed without missing a beat. Quite entertaining. She walked off the stage.

The next girl on the stage also did a running leap off the stage into a crowd-surf. Problem was, she didn't make it farther than about 10 feet before she flipped up, and took a nose dive to the floor. Andy and I were both, "!!!!!!" though Chris and Kris didn't see the drive.

A couple people had difficulties getting on stage, which was kinda humourous. I have to say if I were in the front, and was asked to come up to the stage, I'd be screwed. I don't know half the words to the songs. Fortunately, I wouldn't be asked up: too cheap to buy the expensive tickets needed to be in a position to be asked up.

I was most impressed with the band as entertainers when about 90 minutes into the concert, Armstrong cried out, "Everybody on stage!" I have to say, holy crap, wow, talk about a security nightmare.

One guitarist was completely mauled by a couple fans, and yet managed, somehow I have no idea how, to keep playing. The drummer was swamped, and crazy people were dancing on stage. After a short while, security did start moving the fans offstage. One side of the stage, the security people waved, and offstage the people ran. The other side, however, wasn't so willing. One kid decided, after being herded offstage, to come back onstage. As he moved by the security guard, the security grabbed him. Unfortunately, the kid decided to resist. Two jerks and a headlock later, the kid was forcibly walked off stage. The remaining fans didn't seem to have problems moving quickly offstage.

One more person was allowed onstage, selected from everyone who both claimed he knew the lyrics (really really!) and was jumping up and down furiously. The woman who was chosen to sing really needed to be told if you're up there singing, you don't get to dance with your hands in the air: the microphone goes at your mouth. She didn't quite get understand that detail, but did seem to know the words.

Well enough she was hauled back on stage after her crowdsurf, to be handed a guitar from Armstrong.

Best concert ever for that woman.

We ended up staying until about 9:55, which is longer than I expected us to stay. Kris was willing to go since he needed to be up at 6 again for Labor Day. We left, to no traffic. Alas, Krispy Kreme didn't have any Hot Fresh Now to satisfy after concert munchies.

Oh, and for any other Berkeley boys out there, there is no West Bay. It's the Peninsula.