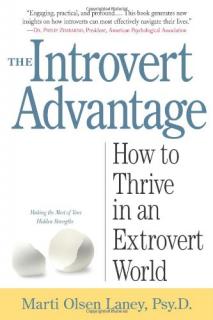 Mid-book thoughts
I'm struggling a little bit with the part of the book that links thrill-seeking, dopamine resistant genetics with extroversion. The author has a section that talks about how thrill seekers have lower dopamine sensitivity and seek out novel, often dangerous, activities to alleviate boredom. My difficulty with this idea is that if introversion is building energy from the inside (instead of extroversion of absorbing energy from the outside), seeking novelty is orthogonal to introversion. Okay, if not orthogonal, at least not a causation as she seems to indicate.

Recognizing that a data point of one is the same as a data point of none, and that my experiences aren't necessarily reflective of a whole, blah blah blah, I find myself seeing experiences outside of my comfort zone, in the area of discomfort the author says thrill-seeking extroverts thrive. I don't seek thrills or need to do dangerous stunts to believe that I'm alive, but I do want experiences, to live life fully.

Maybe it's because I have trained myself to be outside of my comfort zone, and that training means that my natural state is OUTSIDE of it. Maybe I'm not comfortable IN a comfort zone, which is one of the weirdest things to say about an introvert.

I'm not sure. Have to think on this more. I will say that I had to reread the section several times, pondering it. I don't agree with it. I think she found a correlation, not a causation.

More mid-book reading, I've stalled on this book, based on the irrelevancy of some of the content. In particular, introverts dating. The advice isn't relevant to me. 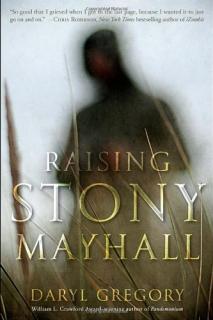 This book took me FOREVER to finish. And by "forever" I mean over six months to actually read. I did not enjoy this book, and had to slog through it to actually finish it. "Why bother finishing it?" you may ask. I certainly asked myself that question a number of times. While I can say I didn't enjoy this book, I didn't hate it either. It sits squarely in the "meh" category of books.

Which is somewhat surprising to me, as I did enjoy We Are All Completely Fine, also by Daryl Gregory. That book I enjoyed enough that I might read Harrison Harrison after I've whittled my current to-read stack down below 20 books. This one, wow, I could not get through. Eventually, I put it on 2x speed on audiobook and just walked on the treadmill until I was done with it.

I liked the idea of the zombies existing rationally after the fever of the turn has happened, a central plot point of this book. I liked the idea of a zombie baby being able to grow into an adult. The length of the story and the just plain naiveté of Stony just grated on my nerves.

I don't recommend this book unless you're a Gregory fan and want to read all of the books he's written. In that case, yeah, go ahead. Otherwise, skip this one.

Wow, a book that isn't part of a series, doesn't have a lead character named Harry, and wasn't read in 3 days. Go me.

There exists a particular style of book in which nothing particularly exciting happens, the plot plods along, and the reader is supposed to, I don't know, bond with a character or two in the book. The Shipping News had this feel to it, as did Her Fearful Symmetry. The plot just sorta goes along, lives intertwine, foreshadowing is explained, and details planted in one spot reveal their nature in another.

In yet another post-apocalyptic world (I swear, I've been on a the-world-is-going-to-end-kick as of late), 99% of the people die, with it taking 20 years before a power grid will come back on and life can resume. Of course, there's the bad people and the good people in the book. Mostly, there are people trying to survive, some trying to remember, some trying to forget, everyone learning something new about people.

This book was far more positive about the end of the world than Wool was. With the plot jumping back and forth among various timelines, how clever that so many lives were intertwined in a way that belies believability, even as it possibly delights the author.

It's a mostly-good book, if you like the plodding, nothing really happens, life can still be interesting, sort of plot. If you like something to happen (12% more plot!), eh, go read something else.

THAT all said, I did make a couple notes of in the book.