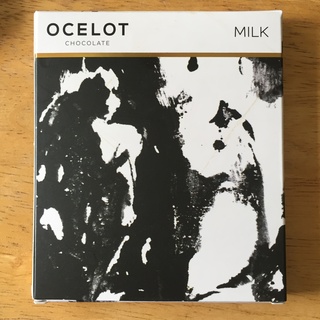 Matthew left me alone in the chocolate aisle. 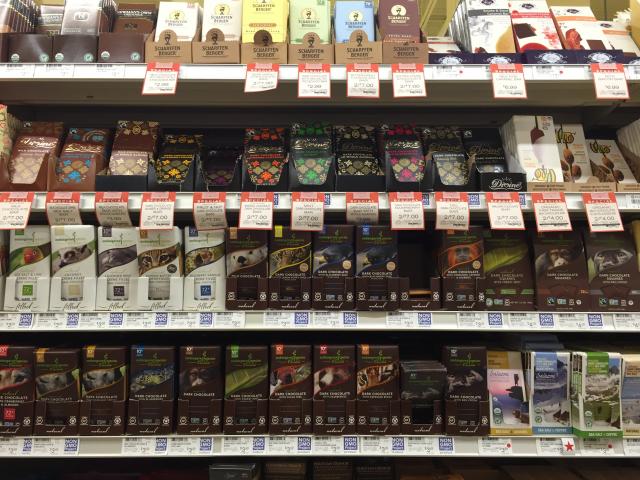 Today marks the first day of Lent, which means it starts the first day of the Road to Chocopocalypse, the day of delicious gorging on chocolate, all chocolate, and only chocolate. In past years, chocolate and I have just about tied with who defeated whom, with chocolate scoring the most recent victory. With the discovery of The Meadows in Portland, this year's Chocopocalypse promises to be amazing. The chocolate selection there is incredible. I am looking forward to the gorging.

Yeah, so Ash Wednesday is today, which means Lent also starts today. I was talking to B yesterday about things to give up for Lent, and jokingly said, yeah, I'd give up alcohol for Lent, ha ha ha. Since I don't like the taste of alcohol, and, really, giving it up would be about as hard as giving up running Sprint 8s at four in the morning during a week-long blizzard, it wasn't really much of a sacrifice. Ha ha ha, I thought about Lent, though, throughout the day, and wondered what I could give up that actually would take effort.

Hard ideas included twitter, tea, chocolate, or the internet. That last one would be no work for 40 days, so I threw that one out immediately.

Of the options, chocolate seemed the most reasonable: its loss wouldn't injure my health, sanity or career. Though, thinking about it now, maybe giving up sloth (of some level) would be the best for my health.

Chocolate it is. I'm currently 1/2 a day into a 40 day chocolate drought. Hot chocolate, chocolate sauce, chocolate ice cream and chocolate frosting are all out, along with the plain or fancy chocolate bars. Part of me thinks it'll be hard, but the thing about it is, though, that like fasting, if something is completely off the table, then the thinking about it, the obsession about it, the need for it, all of it rather disappears. During my fasting days, I don't really think about food during the day, and it frees me up to do other things. Now that chocolate is off the list, I don't have to think about, "well, am I eating too much? should I resist having more? should I have dark chocolate or milk? is this too much sugar?" It's just not there.

At least, at this point it's not there.

Ask me again in a week.

And no, I'm not giving up chocolate for Lent because I'm suddenly a devout, practicing Catholic. I find the various religious self-denial rituals fascinating and good excuses to practice self-control and will-power. It's a time to show myself that I can make these small changes that can lead to bigger changes in becoming a person I want to be. That other people in the world happen to be doing it at the same time makes it somewhat amusing, like making resolutions at the beginning of the year. The time doesn't really matter, it's more that the topic is part of the current collective consciousness.

That all said, next week's book is about Buddhism. I'm hoping that triggers more conversations with Paul. He and I haven't been having any good philosophical discussions as of late.

Day 8 of 9 days of chocolate

Today's was the eighth day of the nine days of chocolate, with a delightful Dominican Republic 70% dark chocolate. Remember, I'm not a dark chocolate fan. This chocolate, however, was my favorite of the eight I've had so far. There was a hint of nut and a hint of fruit, without being bitter. I recommend this one, and wish I could buy this one separate from the other 9.

Trader Joe's stopped carrying said chocolate covered peanut clusters, to my dismay, about a year ago. I lamented the fact, asked them when they'd carry them again, mourned their loss, and tried a different tact.

I started going to See's Candies down the street.

The problem with See's is that each cluster was 50¢. Now, this would normally be okay, I'd just purchase less of them because they were so expensive. And because See's hours were awful, closing at 5. When am I ever home by 5?

Given the expense, and the time difficulties, I switched tacts AGAIN. This time, I made them myself. Using a pound of Trader Joe's Belgian Milk Chocolate (mmmmmmmmm!), and a pound of lightly salted (you need some salt, really) ...

... added the peanuts once the chocolate had fully melted ...

... stirred the peanuts until they were covered in chocolate ....

... then dropped them in clusters onto both parchment paper and silicone baking sheets.

For the record, the parchment paper worked better than the silicone, and peanut clusters don't spread. It's okay to drop them really close to each other.

I ended up with two pounds of peanut clusters. The ratio of 1:1 is perfect.

Last night, Kris asked me for chocolate mousse for dessert. Although I have never made any mousse dessert before that wasn't a complete cheat (think Coolwhip and chocolate pudding), I knew I had a chocolate mousse recipe next to my favorite chocolate souffle recipe. I also happened to know we had all the ingredients I'd need, including good chocolate.

I decided to give it a shot.

So... did you know that real chocolate mousse has uncooked eggs in it?

Yeah, neither did I.

Where I thought it would be mix things together and eat, the recipe turned into a melt this, cook this, whip this, oh wait, whip this, too, and when you're all done, stick it in the fridge for four hours before you eat it. I assure you if I had know this was the process, I would have answered Kris' expression of desire for mousse with a succinct, "That's nice, dear."

Why yes, slaving away in the kitchen IS what I like to do on my Saturdays. Why do you ask?

Why, yes, I did use another four of the thirty eggs.

Andy came over this evening. He was following my milkshake thoughts and was out wandering the world, searching for the perfect chocolate milkshake. He failed, but was willing to stop by and play Settlers with Kris and me.

I had started making brownies, which I don't believe influenced his decision, but did use up eggs 11, 12, 13 and 14. Since I found my favorite hot chocolate recipe in the chocolate cookbook we received at our wedding, I've been more willing to try the overly complicated recipes in the book, these brownies being the latest recipe.

Other than the fact I burnt the brownies, clearly because I was so engrossed in playing Settlers that I forgot to check on the brownies (with that cursed oven which can't keep a steady, calibrated temperature for anything - if nothing else will push me into rebuilding the kitchen, that oven will), the recipe was amazing, and the brownies were incredible. It's a recipe I'll make again.

Oh, and Andy and I need to play WAY more Settlers. Kris beat us three games to zero. Sigh.