I took a Covid test today. I have a runny nose, likely from the change in weather and a change in my exercise level, but a runny nose is a runny nose, and that means taking a test in the Era of Covid. Based on recommendations from various experts, I followed the Chilean process of swabbing the throat first. I did not follow up with swabbing my nose, but I'll try that next time.

I had seen the result, took the picture of it, and had turned away. In true Kitt Style™, I became distracted by words as I was reading the results, and hadn't realized I was speaking out loud. 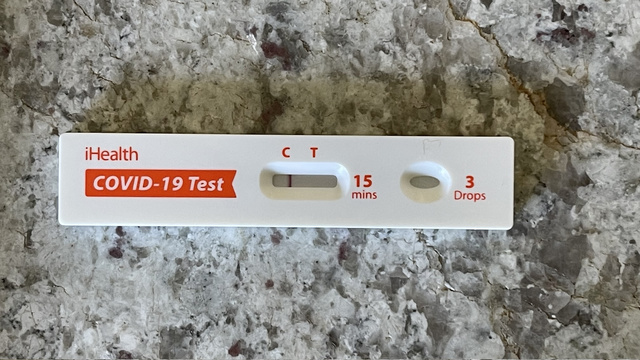 Much to my disappointment, the nurse administrating my dose refused to let me have the vaccine bottle when I asked if I could keep it. "It's a biohazard." Lady, you are injecting me with the stuff. It is empty and no more a biohazard than an empty insulin jar or aspirin bottle, but sure, say no. I was disappointed.

Had the shot in my right arm to balance out the left of the first dose. At Bob and Suzanne's suggestion, I kept my arm moving for the full 15 minute waiting period, then as much as I could stand for the next hour, in order to keep the soreness down. Let's see how this goes.

Arrived slightly early, in line on time. Interesting to me, the first question asked was, "Pfizer or Moderna?" as the facility was administering both. I went in the green sticker camp, to match my green paper, and followed the line for Moderna. 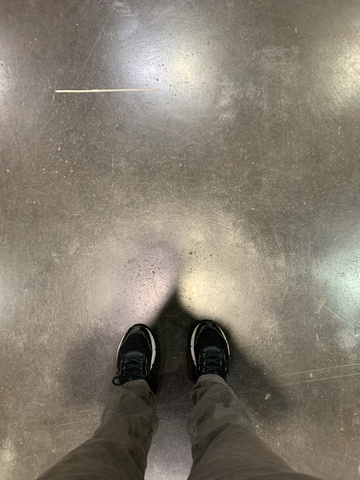 Remember, no photos in the facility to protect the medical rights of everyone else at the same location. "Oops."

Thoughts on a California Curfew

California went into curfew tonight. All non-essential businesses must be closed between 10pm and 5am for purple (the worst) rated counties (most of us) for the next month.

On the news, we hear people interviewed saying, "This is stupid. What the virus is going to be more active from 10pm until morning?"

Which shows just how much our country lacks any type of critical thinking skills and any form of creativity. It also shows just how disrespectful people are, which is one of the many reasons were are in this mess in the first place.

Allow me to, once again, think for the people who choose not to think, and speculate for just 3 minutes. I set my timer for three minutes and... 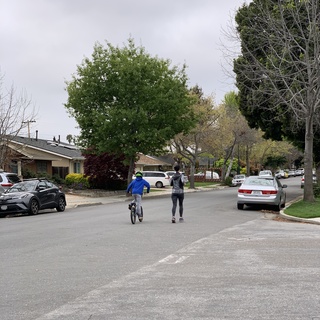 As I do in lockdown mornings, I go for walks. Beagle needs walking, lets me know that we are walking, and then tells me we are walking now. I appreciate the routine, and the early morning movement, so I'm grateful for his reminders.

This morning on the walk, as we were walking along, beagle sniffing all the things, my learning about the post office's late 1700s difficulties, a conversation and squeaking noise approached from behind. Worried someone might come within the recommended physical separation distance, I turned to see what the noises were. I saw a young kid riding his bike along side a woman running. The two were chatting in a parent-child way, the boy wandering a bit on his bike as she ran straight.

Calling out the body shaming

All the days blur together.

Of note, waking is a crap time to call out an Irish American man and a Cuban American woman for body-shaming an African American woman. Said man launched into a rant about how the woman shouldn't show midriff on television, while she was talking about the opening of the Hart Island potter's field for the unclaimed Covid19 dead. Now, why said man cared about the woman's midriff showing, I have no idea. He did, though, and let us all know how incensed he was that she dared show midriff.

After which the Cuban American woman launched in, "She does not have the body to be wearing that shirt." Like, WTF? She has boobs, she has the body, and again, WHO CARES?

So, I asked them, "Would y'all be commenting if it were a white dude showing some skin?"

At which point, the Irish American male who considers himself a Good Guy™, launches into "Oh, you're going to pull out the race and gender cards?"

"What the fuckity fuck fucking bloody hell is this shit?"