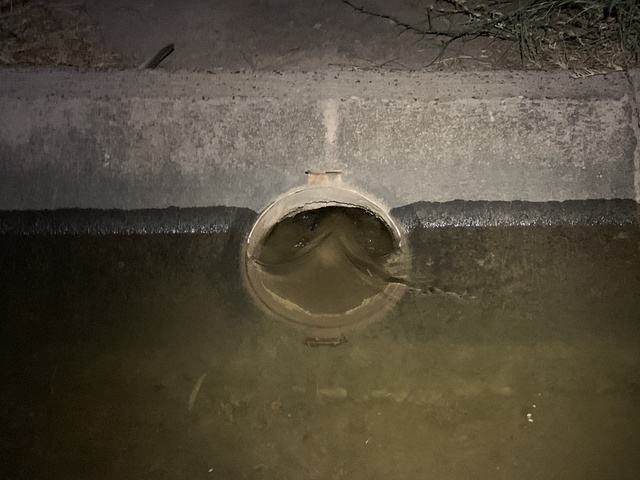 Last night was irrigation. I would really like to have irrigation not between 1:00am and 4:00am. I feel like all the times I'm here they are at painful o'clock.

So, let's get the data. My times this year:

Okay, maybe my times aren't so bad, definitely confirmation and recency biases with the middle of the night irrigation whinging.

Last night's irrigation was relatively smooth. I woke at 1:05, drifted until 1:15, wandered out. John wasn't very talkative at 1:25 am this morning, and neither was I, so our chit-chat was short and lowkey.

I woke up at my normal farm-awakening time of 5:30 to feed the dog and the chicken. and did my usual morning routine of chores, reading, putzing, walking, and cleaning. Around 9, I was hungry, but was concerned about my pre-irrigation chores, which included cleaning up the dog poop, setting up chicken water, opening the ports, cleaning out the canals, but thought, eh, I have enough time for breakfast. Irrigation was scheduled at 11:10, but can start up to an hour early. So, I ate breakfast, then wandered out to the canal at 9:15.

Just as I was checking out the canal across the street, to see how many pine needles I need to clear out, when the neighbor came up to me. Hey, I'm going to release it in a few minutes, I'll help you clean out the canal.

Well, today was the day.

My mom's irrigation started at 11:50 last night. I have to say I wasn't particularly excited to have to get up at 3:15 in the morning to handle my irrigation. I was hoping the excitement of a first time would make any horrible hours bearable.

Fortunately, my time slot was 5:35. Totally bearable, given that I'm still jetlagged and waking up before 6:00 am anyway.

Unfortunately, like every other time I set an alarm and am not completely used to my surroundings, I woke two hours early and drifted, checking my clock every 20 minutes or so.

At 5:15, I gave up, rose and dressed. Mom seemed a little surprised to see me, and went with the flow. Told me to head over, and don't forget the irrigation boots. Right.

The idea with the irrigation is that you set up gates, braces that act as mini dams, then open up the portals that send the water coming down the canal through the conduit into your yard. The yard is flooded with the irrigation water, eventually soaks into the ground, and you have happy, typically well-adapted, vegetation.

Mom and I had reviewed the theory yesterday. Today, I was over to set these things up. For my yard, I had two portals, one for each side of the yard. I would place a short gate behind the first portal, upstream, so that the first flow of water would go into the first portal, and the overflow would go down-canal and be stopped by the second, taller gate set before the second portal. The second gate should force the rest of the water into the yard, and I'd have my full allotment of water.

That was the plan, anyway.

Today ended up being a good day to learn.

I went over and talked briefly with Dale, who was finishing up the irrigation on the property backing the one I was about to set up. He encouraged me with the gate, just drop it there after the first portal. With the first, shorter gate set up, I opened the portal and in went the water.

Mom was over to help me out. With her help and Dale's help, we had the taller, second gate in place, with the portal open and drawing water. It seemed like we had everything all set up. I had a pile of items from Mom: my breakfast of nectarines and clif bars, loppers, tree saw, plastic bag for trash, water bottle, camera, phone; the water was coming in seemingly well. Yeah, I was set.

Mom went home to ready for her day, while I sat around, not quite sure what I was supposed to be doing. I checked a bit on the water, no much to do there. I used the loppers Mom had offered I bring over, trimming branches on a tree that needs to come out, mostly so that I could see where it was growing. I read for a while.

I was reading when Mom came back, an hour into the irrigation. "What is going on?" I was confused, but followed her out. Turns out, the second portal wasn't pouring water fast enough. I knew I had problems with the seal, and about a third of my water was heading down-canal, but I couldn't figure out how to stop it, and didn't have any towels to use as seals, so I had resigned myself to less water.

Mom said, no, I should be getting water to the front, pull the low barrier, and let the water flood the lower half of the yard. She gave me instructions, gave me a hug, and went off to work.

After she left, I wandered back to the canal, looked at the shorter gate, and pulled it up.

Not my best idea ever.

You know what happens when you blow a dam?

The water floods down the river, wiping out everything in front of it until the built up energy is spent.

As I pulled up the gate, I realized my error. I hustled after the head of my mini dam burst, I wondering if the second gate would hold.

As I watched, the second gate washed sideways, and all the water started hurtling down the canal.

Ever try to stop a flow of water mid-stream?

After this disaster of a manuever happened, I wandered down the canal to talk to a neighbor who was putting in a gate and opening up her portals. Sure, have my water, I'm okay with it. Not like I'll be using the stuff gushing down anyway. What a disaster this was turning out to be.

We chatted for a short bit, with promises to discuss lawn-mowing-by-sheep at a later date, and I wandered back to the porch, wading through the rising water in the yard.

Another hour passed and the yard seemed good and filled. I walked over to the neighbors scheduled for water after me, and to the second, he dropped his gate and opened his portal. His gate was shiny with rubber seals along the edges. As he was dropping the gate in, I was thinking, "Wow, that'll seal well, I need to make or buy myself one of those."

Only to watch about the same amount of water leak around his gate as had leaked around the ones I dropped in.

We said our good-byes, and I went to close the portals. The water level had dropped to the point where I was unsure if water wasn't reversing back out of the yard, so was happy to shut them.

Elaine, the non-sheep neighbor, followed me back across the canal, watched me pull the bricks and gates, commented on the canal bridges I had. Another thing I need to replace: probably with wire shelving, the 2' by 6' braced ones, add feet and a rubber surface.

We waded through the water and stood on the back porch for a bit, before Elaine and I went inside to talk about the history of the house. As we were walking through the water, I heard a running water noise. It sounded louder than the canal water had before, which confused me.

Turns out, the yard is subtly sloped, and I had overflooded the second half of the yard. The berm on the west side broke, flooding my water into the west neighbor's yard. I noticed this as we were walking in the house, and commented on it. Elaine responded, "Oh, there's nothing you can do about it now," so we went in.

Elaine and I toured the house as she reminisced. She let me know aobut her blue period, why some of the rooms were so dark, who the owners all were (she and her husband, the nances, bernie), and how the house had changed (it hadn't). She and her husband had built the house, before building the one next door. He had tiled the house, she had decorated it. The tile was still there, and in fantastic shape, but very 70s, which was when the house was built. Her husband liked the dark, so the living room was womb-like. I prefer light, and would be inclined to put a skylight in the ceiling.

It was a nice tour.

When she left, I wandered back to the porch, and started gathering my things to head back to Mom's. The water noise bothered me, however, so I put the irrigation boots back on and wandered over to the hole.

"Nothing to be done? Meh," I thought, and walked back over to the house to pick up a brick I had seen. One big swing of the brick, followed by a couple minutes of moving dirt and packing it, and the leak from my yard to the neighbor's yard was temporarily patched. The yard will receive more irrigation in two weeks' time, so I'll need to fix the berm better for that flooding. For now, the brick is sufficient.

I gathered the rest of my items, wandered out the garage door, and chatted briefly with Dale and Kristina, who had stopped by to see if I had managed to flood to the front of the house. He commented the west berm is always weak, so it seems to be a known issue.

At one point during the whole thing, some time between the gate disaster and the berm repair, I texted Mom, "I very clearly have no idea what I am doing." She responded with "You're doing great!! An adventure!"