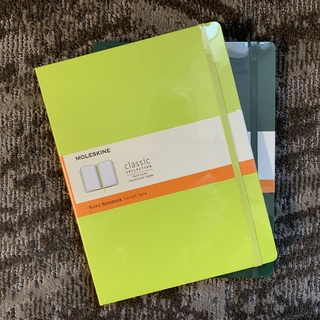 Much to my disappointment, the journal that I have fallen in love with (Moleskine daily diary, large size, ripe yellow, which I ignore the dates in and use as a lined journal) has been discontinued by Moleskine, after running ALL OF ONE YEAR (good thing I bought two, which lasted me the whole year). Talk about teasing customers. Thanks, Moleskine. The 18 month daily is pretty darn great, too (lasting all of nine months with normal use), but some time around seven months, I'd start looking for another journal. The 12 month daily diary has just the right number of pages, though Moleskine FINALLY came out with a large size EXPANDED to 400 pages, which is also a great size, just the wrong color.

Years and years and years ago, I was having some conversation with John Schmidt about I have no idea what but it had something to do with cars and fixing something or other. I vaguely recall he was talking about a friend he had a crush on, but I could have that part muddled with other memories.

Yeah, so we had been talking about fixing something, repairing something, and he was telling me about changing the oil in his car and how he was struggling to remove the oil filter. The filter had been tightened beyond spec, and he just COULD. NOT. TWIST. IT. OFF. The engine had been leaking, the filter had oil on it, he didn't have the right tools, the car wasn't up on a ramp, all sorts of things wrong with this situation and removing that oil filter.

I am approaching the time where I will start using a new journal. I somehow thought my current journal would last me four years: it will actually last me less than six months. For this I am thankful, as I really can't stand my current journal. Before I even started using it, I had 11 things I didn't like about it, which is 11 things too many for an object one uses every day, many times a day.

As part of the process of spinning up a new journal, I have previously gone, and will this time go, through my list of life goals and ask myself if each goal is still worth pursuing. My daily process means I'm looking at these goals weekly, daily during bad weeks, so I'd like them to be meaningful to me in a meaning-free world. I believe checking in frequently with one's self is important in that regard. Mom thinks I'm nuts, but what's new.

Just when I think I have collected enough journals that I don't need to look for any more, I find Paper Thinks notebooks