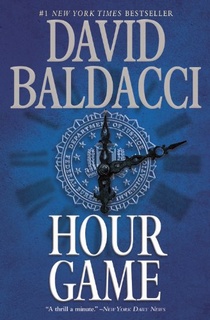 Continuing in the King and Maxwell series, the two of them have started their own detective agency, and things are going along pretty well, then BOOOOOM, shit a series of murders start happening in their home town.

Seriously, if I lived in a small town where the murder rate escalated from none in decades to over a dozen in two years, I would move over to the next town lickety-split. Or take an extended vacation in a different country, say, Mexico where the murder rate per 1000 is significantly lower.

Anyway, King and Maxwell. They have an agency of some sort, following up on various investigations. They are hired by a local lawyer to investigate a break-in at a prominent (read: f---ing rich) family's house. The break-in frames a local construction worker / handyman in such thoroughness that one assumes it has to be a frame job. During the investigation, a series of murders start in the town, with King and Maxwell drawn into the drama.

This book, unlike the last book, has all the characters introduced, including the bad guy. As such, the clues are sufficient (and really, IN ONE'S FACE) that the reader (read: me) can figure out the mystery.

I enjoyed this book, but won't be continuing reading the series. The reviews for the remaining three books in the series are bad enough that I'd rather have the two books as "enjoyed" than other few after that spoils the first two. 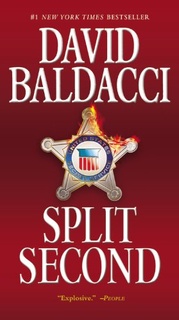 I really thought I had already written this review. A little bit of a surprise to realize I hadn't, to be honest. I will likely find my original review later.

Because my stack of books these days consist of books from Mom and books I haven't finished, that this book came from my Mom stack of books should come as little surprise.

It tells the tale of Sean King, a former Secret Service agent who fell from grace when the presidential candidate he was protecting was killed, and Michelle Maxwell, a current Secret Service agent who is falling from grace when the presidential candidate she was protecting is kidnapped. Oddly enough, the two incidents, while similar, are not directly linked except by the fall from grace.

King is resistant to becoming involved in Maxwell's predicament, as he is dealing with a number of murders in his small town where he has rebuilt his life. He is a suspect in a couple of the deaths, as he knew the victims, so not really up for dealing with Maxwell's issues. She's an ex-Olympian, incredibly messy, smart, experienced agent who really needs to figure things out.

Because of the way the story unfolds, the ending wasn't one I could predict, one of those all the players aren't on the pages sort of thing. I enjoyed the book nonetheless. Enough to try the next book in the series.