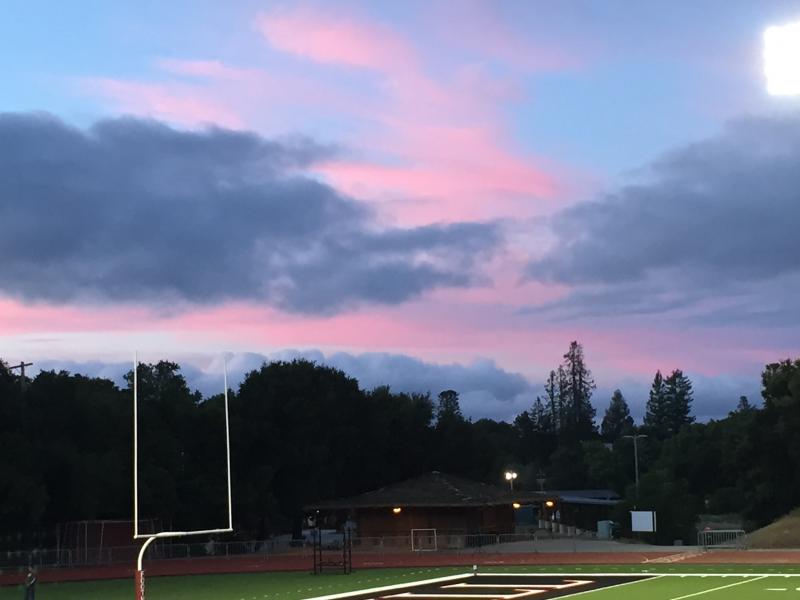 The evening sky at the San Jose Spiders game

We went to the San Jose Spiders game last night to watch some PROOOOOOOOfessional ultimate. In reality, I went to watch Kevy play, since he is pretty much the only person I know on the team.

We arrived just before the game was going to start, so managed to grab a burger before heading into the stands. 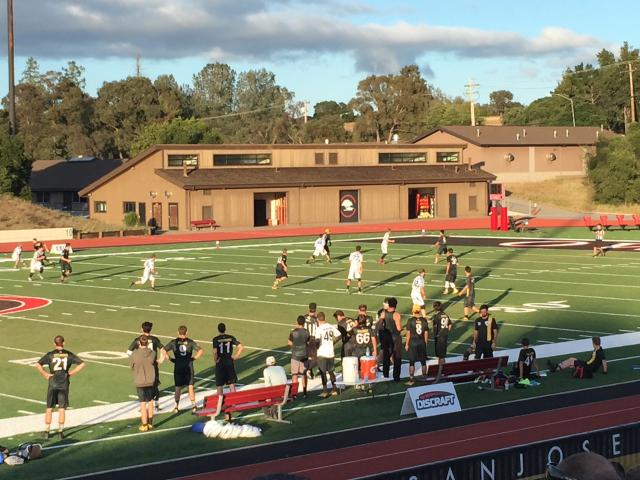 The first quarter of the game was pretty standard offense, both sides going man defense. Both teams would throw one throw to center the disc, maybe 2-3 throws to move the disc around, then a huck for a score. And by both teams, I mean, trading points this way for the first 8 points of the game. The individual player moments might have been great, a slightly overthrown disc here, layout or sky there, but the offense as a whole was boring: same thing over and over again, just faster guys and a bigger field.