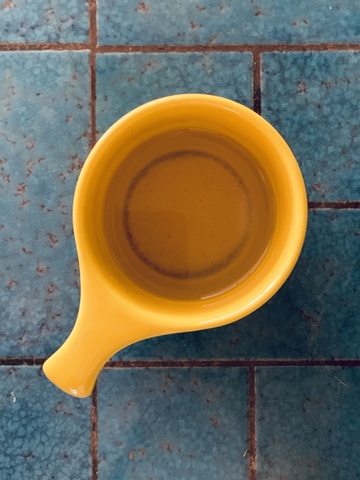 Jonathan had been up in Portland earlier in the week, and had met up with a local friend, one whom I had met a month or so ago. Said friend brought his wife along, meeting Jonathan for the first time. The three of them chatted, and talked about many topics between said wife's frequent trip to the toilets, apparently a strong contestant for this year's SBW award.

Jonathan stared at me after my response.

Jonathan took a sip of his coffee, looked back at me, and said nothing.

Okay, one of my recent surprises has been the realization that I like black tea. I've always thought "black tea" was "English Breakfast" or "Earl Grey." It isn't. Those are flavored black teas.

And, unsurprising to anyone who likes tea, even black tea means variety.

Take, for example, Golden Monkey. I was at David's Tea last month and had a free "any flavor" tea coming to me. The name "golden monkey" caught my attention, along with the "organic" and "straight," which is to say "not flavored." David's has this thing about creating lots of flavored tea, all of which are okay for one sip, but just eh, and overwhelming for a cup. Given I drink tea by the liter, I'm not drinking flavored teas. 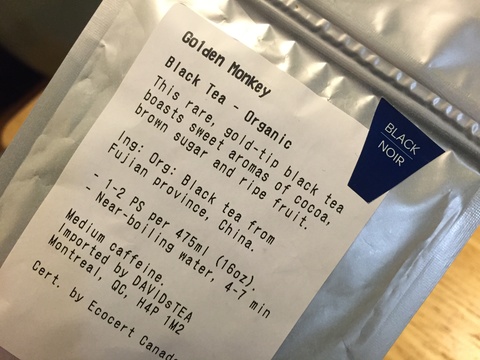 Golden monkey is described by David's Tea as:

Using 1 teaspoon of tea per cup of tea, and double for iced tea.

Only two cups of tea

I am delighted to say, I have had only two cups of tea today.

Because everyone once in a while, a five dollar purchase completely brings a smile to your face. In my case, it was these mustard yellow, 2 ounce, CCCI tea cups. They are much smaller than my eight ounce Heath mugs, and twice as large as my one ounce tea cups from the Portland Japanese Tea Garden. I'm delighted by them, drinking 64 ounces of tea, two ounces at a time.