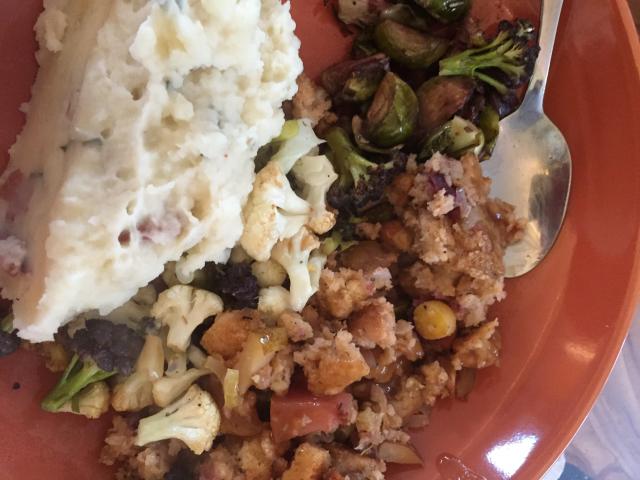 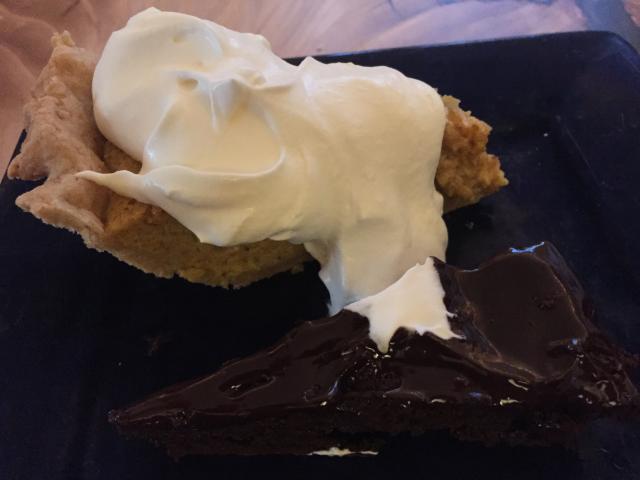 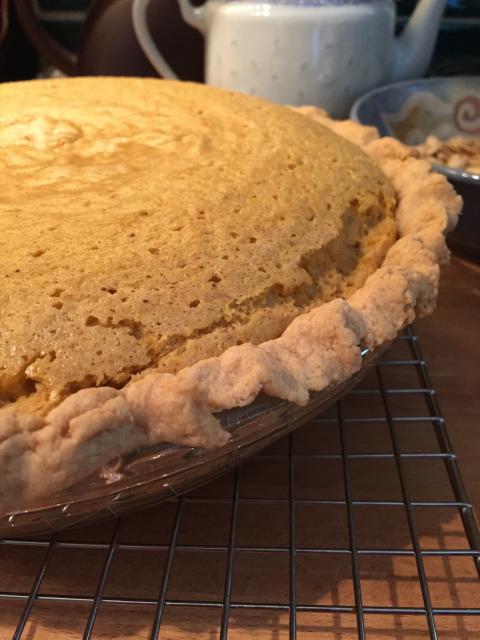 Thanksgiving at the Smiths

This holiday season, Kris and I have pretty much made no plans. No, that's not quite right, we've made some plans. In particular, we've planned NOT to travel for the holidays. This is a big break from my family's usual plans of gathering for Thanksgiving, which typically leaves Christmas open for Kris' family gatherings in December. However, with all of my travel this year, and finances being as iffy as they are, we've decided not to join the mass migration to other parts of the country.

Besides, how would Kris be able to play World of Warcraft from his mother's computer? I mean, really?

So, when Megan let us invite ourselves, er, invited us over for Thanksgiving, we jumped at the chance. I enjoy big family gatherings, and the Smith family qualifies for both big and family. Besides, the new house needed proper family christening, and what fun would that be?

Since we were heading over hill and over dale to the Smiths' house, and hills crush Kris' car's gas milage, I drove us up to the house. When I arrived, I noticed that the parking pad next to the house was empty. After checking that the other easy parking spots were full, I circled back around to part on the parking pad. That was when Kris spoke up.

"You're not going to part here, are you?"

"Can't we park back up there?"

"No. Look, there are four parking spots here. Dinner is in like an hour, we're probably the last people here. I'll just park here. Besides, Megan said they put in an extra spot."

"Why aren't you parking on the side?"

"Because the tenant parks on the left."

Megan later confirmed that EVERYONE avoided parking on the new parking pad, so I had better have parked there! I made sure Kris heard her, complete with a confirmation that he had.

So, you know that Calvin and Hobbes strip where Calvin is just walking along in one panel, and in the next there's this blur with a tail on one side? Yeah, the one where both Calvin and Hobbes are in a heap in the third panel? Yes, that one.

That was us, when we approached the front door of the house. Together, Kris and I were Calvin. The part of Hobbes was played by Kevin, who came rushing us from the side of the house and tackled the two of us, to much merriment and greetings.

The tackle just set the tone for the whole evening, which was marvellously spectacular. I managed another bear hug from Matty, and lots of chatting with Kevin, and Mark, and Mark's parents, and Megan's parents, and TWO grandmothers (which is crazy! Mirabelle and Meter have a good chance at long lives). I wanted to help Megan out with the dinner, but, well, she was done.

The meal, holy moly, I swear must have taken Megan all day plus two, even though she denies it. She made the entire meal a Smitten Kitchen recipe meal (which could have ended disastrously when SK's monthly bandwidth quota was exceeded this morning and everyone was locked out of the site, except that Megan is resourceful and used the Google cache to retrieve the recipe details she was missing), which meant it was completely Kris friendly.

Think lobster, and you're close to how wonderful the meal was.

The house is looking fabulous. I really like the design choices they've made with the house. I need to ask about the flooring. Thinking of putting it in at the Indiana house.

So, when people ask us what we're thankful for, I'll say with no hesitation that having friends like the Smiths is one of the biggest blessings in our lives and we're incredibly happy for their presence in our lives. I'm glad I don't need a big holiday to know or remember this.

Megan invited Kris and me over for Thanksgiving dinner. She knew we were orphaned this holiday, where "orphaned" is, of course, defined as too cheap to buy expensive tickets to visit our loved ones, opting to spend that money on flights to the Midwest for everyone to work on a house I bought instead. Or so I tell Kris.

I thought we'd have Mark and Megan, their parents, us, Doyle and Shirley, and maybe a couple of Mark's brothers. I was delightfully wrong, as we greeted Megan's parents, Mark's parents, Megan's sister (whom I had heard lots about, but only met in passing before), her significant other (who I've known for DECADES, but only after confirmed he was, indeed, more than 20 years old), all three Smith brothers of Kyle, Kevin, Matthew (who is now Matthew, and no longer Matty), both Smith grandmothers (though only one is actually a Smith), Mark's Dad's brother, his guest, his son and his significant other, a coworker of Mark's (another orphan), Kyle's Emily (who rocks, and hey, did you know she's beautiful in turkey dinner candlelight?), and Mirabelle (who slept thought much of the afternoon, and was the only person under 18 there (yay, Matty, er, Matthew).

I'm sure I'm missing a few others who were there, but that's just it: the living area was filled with three tables of people from four generations of Smith's. The house was filled with the smells of amazing food, and sounds of dozens of people talking in merriment. I can say that, because I sat at the children's table with Doyle and Shirley and Kris and Matty, er, Matthew, and Lucas and Kevin and Emily, with Kyle at the head of the table, and there was much merriment at our table.

After dinner, I wandered into Keith's office to work out a problem I've been gnawing on for a while now, from a personal site I've been working on. While I was working, many people came to visit with me, which was really cool, as I was able to catch up with them one-on-one in a quiet room instead of in a big crowd with lots of noise. Heather and Vinny and Vincent's mother showed up after dinner, with Heather being one of the people who came to visit with me. We talked for probably half an hour, which was about 25 minutes longer than any other conversation we've had. It was nice to finally talk to her, as we've been in the same social circle for years and never actually talked.

Rock Band started up about an hour after dinner, with the Smith Brother's Band rocking the house. Mark was on ocals, Kyle on drums and Kevin played guitar. Their first song brought down the house, with the entire family watching their musical exploits. Their second song was one that, well, Mark had never heard of, much less knew of, and, well, they failed that song. When they started back up again, Shirley grabbed the microphone as Mark's backup singer, and recovered their score.

The entire afternoon to evening to night event was wonderful and in some ways completely amazing. My family hasn't had the big family Thankgiving dinner since we stopped going to my aunt's house, many years ago. I miss that gathering and its festivities. I'm incredibly thankful that Megan and Mark let Kris and me share with their family's festivities.

"Do you want pumpkin or fudge pie for Thanksgiving dinner dessert?"

"I best start cookin' then."

Kris and I are still completely jetlagged. Not so sure we're going to try very hard to fix our sleep schedules these first few days, trying more to recover from the flight than anything.

So, rather than fight the lack of sleep, we slept until noon, then dragged ourselves to the nearest Starbucks for the most wonderful, deeeee-leee-shush, Americano coffee Kris had had in three weeks. Apparently the Aussies can't do it like the 'Mercans can, and he needed his fix.

Somehow, I convinced him that we should go on a hike. I'm not sure why I convinced Kris of this, as my head was still pounding from yesterday's headache, but, well, what have you, and off we went to the Fremont Older Open Space with the doggen.

Our usual two hour hike lasted only seventy minutes, and we managed to talk about ultimate, life, holidays, our trip,

I told Kris I'm going to give high-level ultimate one more year, which means training starts now, and not in three months, because I have a lot of injuries and head-case issues to fix before I can play at that level again. He seemed both surprised and pleased at my announcement. He may have been a bit cautious, too, knowing I couldn't exercise hard today because of yesterday's migraine. Tomorrow, well, that I could do.

Back home after the short hike, I made ham potpie for dinner. It turned out well, though I didn't start dessert until about 10PM. Mattered little, though, as we're so jetlagged we'll be up until 4AM anyway.

So, sleep, hike, cook, eat. Only thing missing now for this perfect Thanksgiving is sex.