The Things People Send me.

I get weird things sent to / tweeted at / emailed to me all the time. This one rather takes this month's cake, if only for the following reasons:

1. The only interests I have in something like this are in questioning it and in mocking it.
2. I'm not the Kitt in the picture.
3. I haven't been that skinny for about 10 years and do not want to be that skinny again.
4. I have never been had that color of skin and never want to have that fake skin color.
5. I have never worn nor ever want to wear clear plastic high-heeled shoes.
6. I would much rather be known for something more than the fleeting looks of my body.
7. I don't have any understanding why someone would want to do this sort of thing, and
8. My boobs are bigger anyway. 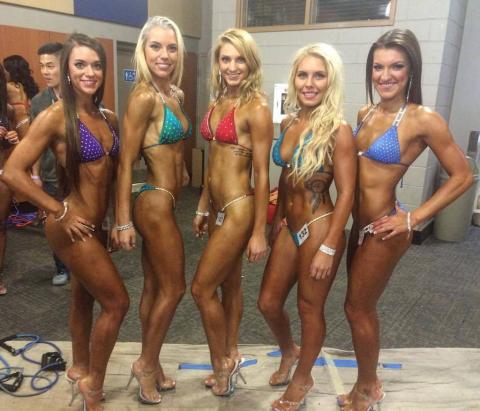 On the way back to San Jose today, I, unsurprisingly, opted out of the people x-ray machine. While I was frustrated that the agent manning the baggage scanner pushed my items into the luggage x-ray machine after I said I was opting out, thereby not only taking my items from me, but also preventing me from objecting, I was less frustrated when the pat-down woman arrived and walked me between the x-ray machine and the metal detector to claim my bags before they had run through the machine.

The pat-down woman was very friendly, chatting amiably, as my two bags and three bins were collected. She and another woman tried to walk away before my backpack and its contraband deck of to-do cards had made their joy-run back through the x-ray machine, but I refused to move until all of my bags were together. Didn't help though, as the other TSA woman thought it was okay to place my computers in a full-access bin 15 feet away from me and out of my sight.

Unrelated to my forthcoming rant here, I would REALLY like if the TSA would stop fucking taking my belongings away from me and putting them in an easy-to-steal location outside of my view. Their continued disregard of travellers' possessions is incredibly frustrating.

As is their protection of travellers' personal information.

Or rather, lack of protection of travellers' personal information. Ah, here's the forthcoming rant.

My pat-down woman was, as mentioned, chatty. I have to admit that her willingness to talk about her day and her Thanksgiving festivities, as well as her general cheerfulness, allowed me to let down my guard. I told her about my holiday week, visiting with the parents, and where I was flying. It was a brilliant bit of customer service and social maneuvering, actually, as I didn't mind most of the pat-down, which was rougher than normal, but still remarkably ineffective for what it was attempting to accomplish.

After she was done (SHOCK! No residue on my clothes!), she went off to get the next woman who wisely declined the cancer machines. As I was standing in the spot putting my computers into my bag, tying my shoelaces, putting on my three layers of clothes, marvelling at just how amazingly stinky I was for having not showered in two days, the pat-down woman returned with the next opt-out.

"And where are you going today?" pat-down woman asked.

"I'm going to San Jose," was the response.

"Oh, that's where she's going, too!" pat-down woman continued cheerfully, pointing at me.

I turned, stunned, to look at this woman.

Okay, yes, when I'm standing in line to board a plane, it is obvious where I am going. Sorta. The plane I was on was going to San Jose, Portland and some place in Idaho, so you don't *really* know where I'm going.

I don't, however, believe that having a TSA agent announce my destination or hand out personal information to other passengers is okay.

Without looking up to confirm it (and I probably should look it up), my understanding is that lying to a government official, even in something completely innocuous, carries up to a $20,000 fine. So, when the TSA agent casually asks, "Where are you going?" and you answer, Seattle when you're really going to Kansas City, if he's in a pissy mood and can prove the falsehood, there's a potentially hefty fine.

On the other hand, handing out personal information seems much worse.

Consider the completely fabricated case of a woman with an unusual name flying out of an airport as she is fleeing an abusive relationship. The TSA agent comments offhandedly, "Oh, there was someone with that name through here just a short bit ago, she's going to Atlanta," to the next person with the same unusual name. And now the area she's moving to is no longer as safe as it might have been.

Yeah, completely fabricated, I know. It isn't, however, the TSA agent's place to share that information, no matter how innocent. If she's sharing where I'm flying, how do I know she's not letting everyone know how firm my breasts are. She certainly rubbed them hard enough to know.

I think the next time I'm heading through, I'll be less likely to let down my guard with the pat-down woman. My answer to most questions is most likely now going to be, "Am I legally required to answer?" followed by a "Will you refuse my boarding if I decline to answer?"

When pressed, I'll probably have to answer, "Religious reasons."

Didn't get much better, actually.

And finally, erchilos for the win:

They make these things?

I'm a member of two Freecycling groups. Usually I just skip the subject lines of the emails I receive from these groups, then delete the emails. If I happen to have a requested WANTED item, and I'm no longer using it, I'll usually donate the item to the poster.

This request, however, caught my attention:

A diaper wipe warmer. A freaking warmer for diaper wipes. Because your kid's ass should never know the touch of a cool breeze? Because your child actually doesn't enjoy a gentle breeze on his private parts (and if you didn't catch that reference, go back and re-read Harry Potter book 4)?

Come on people, stop creating a generation of wusses. Use cold diaper wipes. IT'S OKAY.

If you still cannot bear the thought of a cold diaper wipe on your kid's butt, warm it up yourself. Stick the package down your shirt and arrange it under your arm to warm it up.

Oh wait. If your kid can't have the touch of cold, you must be a wuss, too.