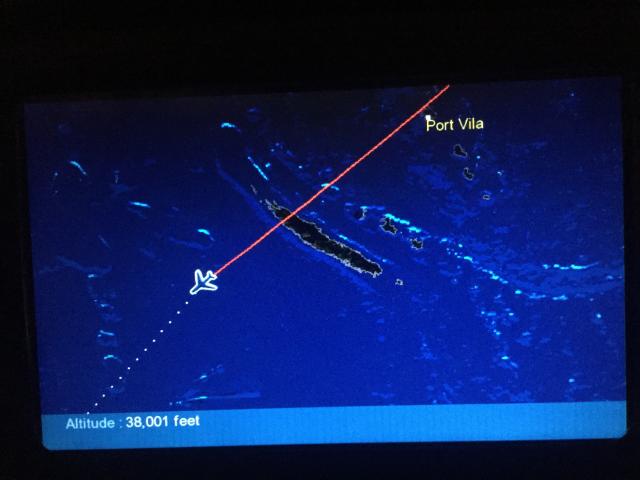 Mom tells me that she doesn't understand why flying is so difficult for me. She goes to the airport, goes through the security screening, waits for her plane, boards her plane, sits in her seat for the flight, deplanes, and boom, is where she wants to be. She never has any of the stories I have about flying, about traveling, about one-more-thing going wrong in the adventure. Oh, the one-more-thing-going-wrong means that I have stories to tell when it's all over (and oh boy do I have stories to tell), but in the middle of them, I really wish they were someone else's stories.

So, I told her, pay attention. We'll have stories on this adventure. I'll point them out IN REAL TIME.

I think it was a nervous laugh.

All things told, this wasn't too bad of a flight. Doubly so given that it was a 14.5 hour flight to Sydney. It started with my hoping that we would have the middle seat between us open. Given the middle seats were open for the five rows in front of us, it was that much of a hope.

The woman between us (I need window seats on redeyes, aisle otherwise; Mom always needs aisle) left and swapped seats with a gangly white dude who REEKED of cigarette smoke. I really wanted to tell him to go sit two rows up, leave us the middle seat. The people behind us kicked out an old Indian woman from her middle seat, no idea how they did it. They didn't talk with her, they just talked loudly about her until she moved.

So, we have a cigarette reeking, gangly white dude between us. He did offer at one point to switch seats with either of us. I didn't realize this until after we had landed. If I had, I might have switched with him, because every time he moved, I poked him to let me up to go to the lavatory. I think I went 12 times on that flight (exaggerating only slightly for effect). I'd feel bad, except there were open middle seats ALL OVER THE PLANE, so, no, not really. 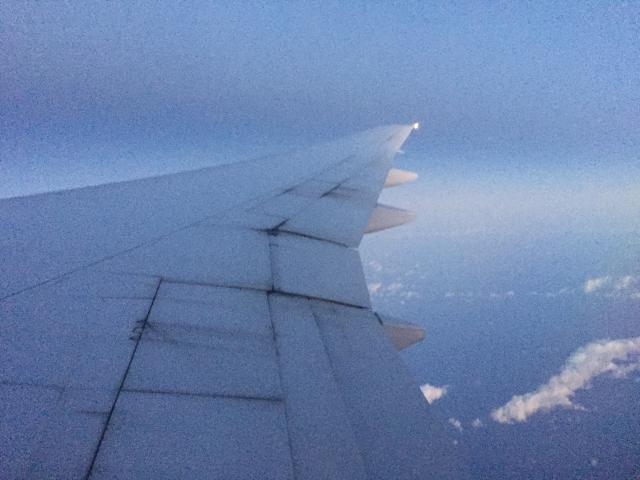 The flight started out with the woman behind me punching the touch-screen entertainment system in the back of the seat I was in. The first time she did it, I was confused. The 32nd time she did it, I was ready to yell at her. I stood up and started to turn around, when her husband pointed out to her that it was a touch-screen, not a punch-screen and that it worked better with a gentle touch. That ugly situation nicely averted.

One thing I'm always puzzled about exit row passengers on planes is how much training they really get. They are instructed to help the crew in case of an emergency, but how many of them would actually be capable of level-headed thinking in the case of an emergency? How many would stay to help the other passengers off the plane, in the possible case of their own injury? How many people actually train in a simulated crash scenario such that I would be comfortable with their being in somewhat charge of my well-being in an emergency?

I'd argue zero of them train, but there are people who have been in high-stress, violent situations and handle it well. I'm just not convinced I fly with any of them.

So, the flight was one of the smoothest flights I've ever been on. The turbulence was minimal, which was nice.

Seriously, the gangly white dude screamed in the middle of the flight, waking all of us up. I couldn't help but thinking 35000 feet over the middle of the Pacific is really not the best time to have a night terror.

Not that he was listening to me at that point.

I think Mom is starting to understand where my travel stories come from.

Upside, it was some kid's sixth birthday, so the crew wished him a happy birthday. That was cute. The whole plane clapped.

I've been to Sydney twice before. I was amused when I exited the airport and saw the outside. My first thought was, "Oh. This airport."

Maybe I travel too much into the fyoooooooocha. 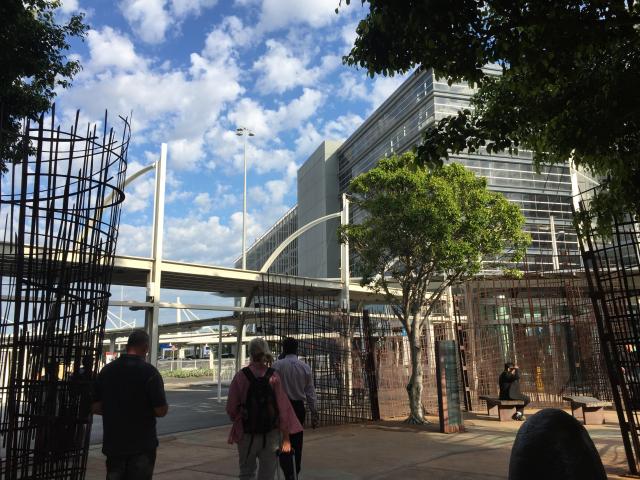