"So, I went to dump the scraps in the compost bin this morning. As I was walking back into the house, I saw a bee buzzing me, and heard a lot, and turned to look in the direction of the noise. And there was the hive, three feet from my face." 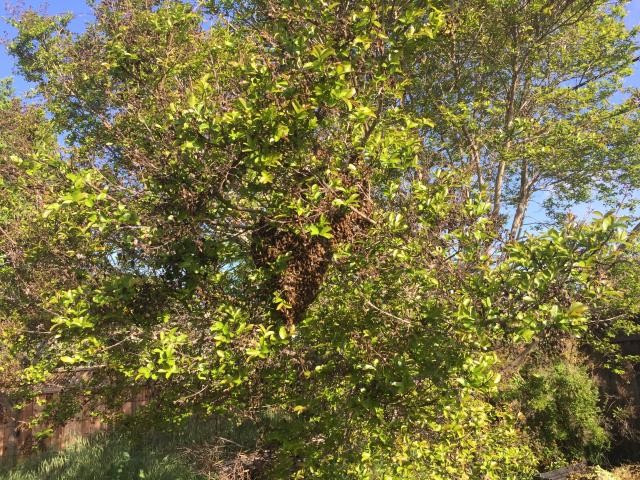 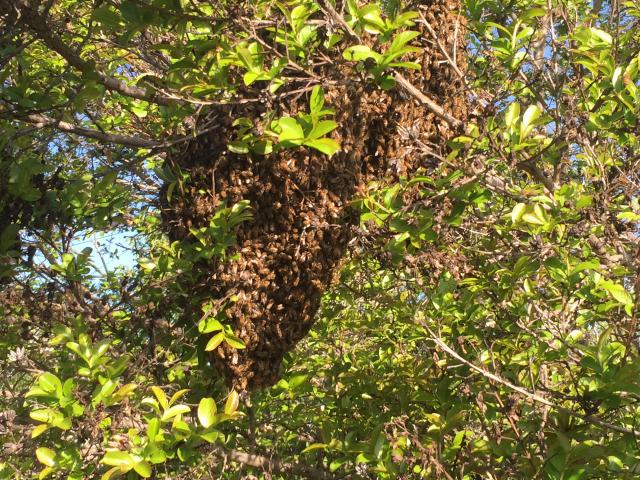 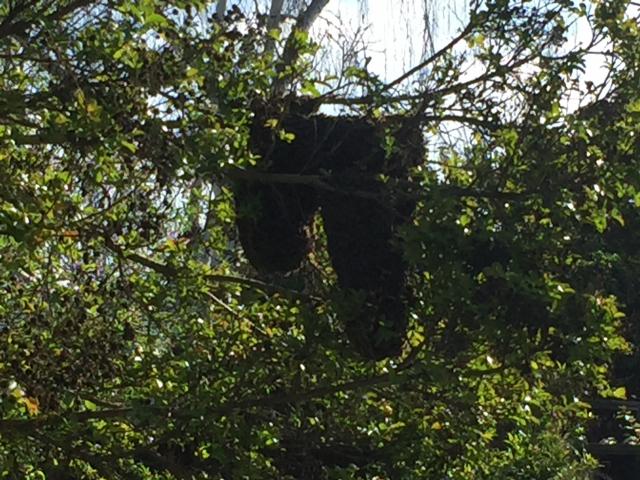 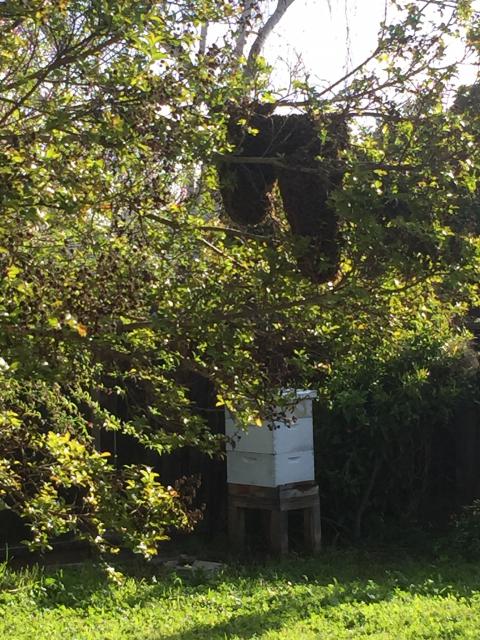 The swarm was, as Andy put it, the biggest swarm he had ever seen. Each of the two humps in the swarm was the size of a normal swarm. There being two beards means wow, it was a big swarm.

Andy went over at lunch to box it up and move it elsewhere. He checked, and the swarm turned out not to have escaped from Kris' hive. Kris doesn't want a second hive, so it's going off to another house.