I was out in the east pasture with the herd, same as I had done a dozen times before. I was careful not to turn my back on the sheep, walk along the edge of the pasture so that the sheep were always in front of me, and always carry a stick. Jack told me he carries a stick, very important to carry a stick. I was carrying a stick.

However, I wasn't carrying a big enough stick.

After holding down a tree for the sheep to eat the leaves, I was walking back to the gate when I noticed the ram backing up. I looked over at him and realized he was going to charge me. The stick I had was about a foot long, not enough to scare away or even mildly deter the ram. I had let my guard down, and this damn sheep was going to ram me.

Which he did. Despite my yelling, "No. No! NO!" and shaking that damn, small, completely inadequate stick at the sheep.

I stumbled to the gate, managed to pull it closed behind me, and staggered to my back door and into the house. I took off my sheep shit shoes, sat down, and started sobbing. I called Jonathan, who couldn't understand much between my screaming, so he called Mom who came down a short bit later.

In the meantime, I slipped on the floor, only to realize the ram had also stomped on my left big toe, and torn the entire nail off the bed. I was slipping on my own blood.

Many things of note from this whole episode:

1. Nature does not care how loudly or forcefully you yell no. It. Does. Not. Care. I have no idea why I thought it would be effective, or how I managed to live this long thinking that people are any different and would actually listen to no either.

2. To my frustration, I let my guard down. Melissa had warned me. Jack had told me the ram got him last week. I. Had. Let. My. Guard. Down.

3. My sobbing sounds remarkably like my laughter. My sneezes sound like my coughs. Why do I have a seemingly minimal set of sounds that I continue to reuse?

4. I didn't sidestep, and I don't know why. This isn't an unusual response for me, to turn and accept the blow. I can recall many episodes in my childhood and adulthood where I did not step aside and avoid the blow, I turn and take it. Why is that? I kinda feel like I need to take the (fictional) Reacher route and actively train myself to move forward, not back.

5. I sit on my tailbone rather than my sitz bones. One of the tosses, if not both, threw me against the fence post. My tailbone is broken, sprained, cracked, or otherwise damaged in such a way that I cannot sit. Standing is fine, walking about one mile an hour is fine. Sitting is impossible without pain intense enough to knock me out.

6. I'm going to lose the other toenail. Both big toenails in 18 months. Haven't had a record like that since I stopped playing ultimate.

7. I need to get back on that horse. I'm nervous around the ram now, and I'm sure that's going to make him bolder.

8. Mom thinks I should tell Jack. I'm not sure. I fear if I tell him, he'll move the sheep out of my yard, and other than the ram, I rather like these animals. 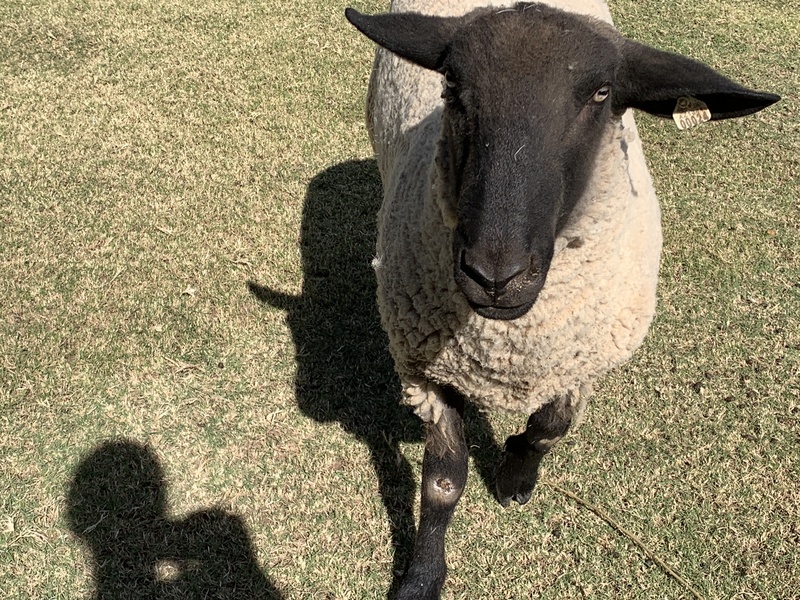