Home » Blogs » kitt's blog
Yuzu Along For The Ride« an older post
a newer one »This is not My Tribe
Blog kitt decided around 19:04 on 22 November 2021 to publish this:

Landed in Houston pretty much on time, and wandered to the nearest club lounge. Turns out, no, wrong one, you want the one closer to your departure gate. I was still uncertain if was in the correct lounge, so expressed the uncertainty to the front desk gatekeeper. Her demeanor was stiff to the point of hosility until she looked at my ticket, and saw that, indeed, I could be in the lounge. She was then very pleasant. The switch gave me discomfort whiplash.

I spent an hour in the lounge, mostly reading emails, and received a "suddenly filled with the feeling that you’re travelling with someone," response, which made me sad and immediately defensive, as I am now unable to have some solitude without triggering someone else's anxiety. I wish we hadn't ended up here, but since we are here, I'm embracing empathy and gratitude.

Close enough to the flight departure time, I walked over to the gate. A long line wound away from the gate, and my stomach dropped. Unsure what to expect, I walked to the front of the Group 1 line and asked the woman there if she knew what the long line from the gate podium was. She let me know that was where paperwork was being checked, the PCR results page and Chilean C19 vaccine passport document. The app showed status, if green, you're good to board.

Ah, anxiety dropped. I had my paperwork checked in Phoenix, I went to the back of the Group 1 line, and waited. 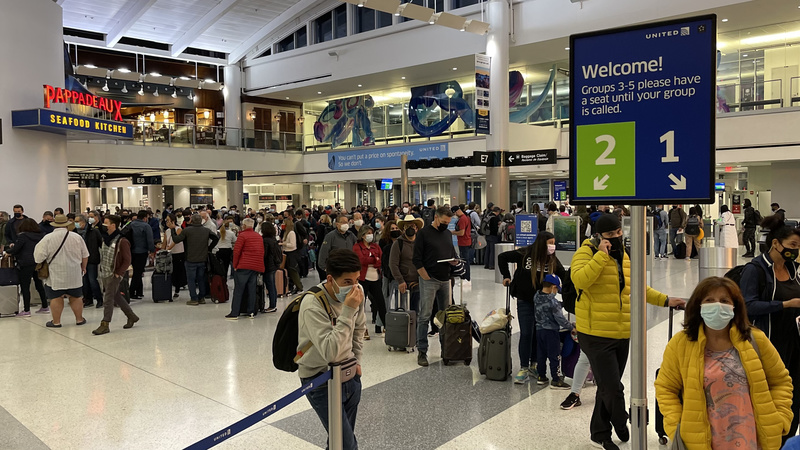 Shortly, a couple joined me in line, and made some comment that caused me to turn around, say hello, and ask, "You going to Antarctica?" "Yes! For the eclipse!" and we started chatting.

I had assumed they were going to the same location that I was going, but realized fairly quickly that they were not. They talked about the cruise they were going on, and yes, expected to see the eclipse. Ah. Not Union Glacier. We chatted a bit more about paperwork and such, and stopped talking as her anxiety jumped. She couldn't log into her app to check her documents status. He logged in and looked, she was fine, no no, she insisted, he was looking at his data, what about her paperwork? Not able to help them, I disengaged from the conversation and waited for boarding to start.

To my frustration, when boarding did start, I became caught up in the rush. The gate attendant had asked for the pre-boarding groups, but didn't announce it on the speaker, so when the line moved forward, I moved forward also. I hadn't realized the people in front of me were of the pre-boarding status. I was able to board with them, as the gate agent realized boarding me was going to be easier than having me step aside as the crowd surged behind me. While I was on the jetway, no one boarded after me, which was a bit disconcerting.

Turns out, the paperwork of the woman behind me in line had not been checked, and the boarding process had been blocked while she stepped out of line. I found this out later as the couple boarded later in the process. She was on the plane, and complaining loudly about the boarding process. The two of them bickered non-stop, she was kinda mean, and, according to her, he couldn't do anything right. Quite the couple. I mean, you're on the way to Antarctica to see an eclipse, and you're sitting in first class. The plane didn't leave without you. What is there to complain about?

Yeah, so, on a plane, on my way to Santiago. I am hoping to sleep for much of this flight.