Andy asked me today, "Would you like to help me install the insulation today?" He had been putting up insulation in the floorboard joists in the crawl space and I had offered a few days ago to help. I responded, "I have exactly zero desire at this moment to install insulation, which is why I will say, 'Yes.'"

As to why I said yes, having no desire, is the story for another day. Today's story is about the insulation. In particular, the 27 pieces sitting in the guest room. 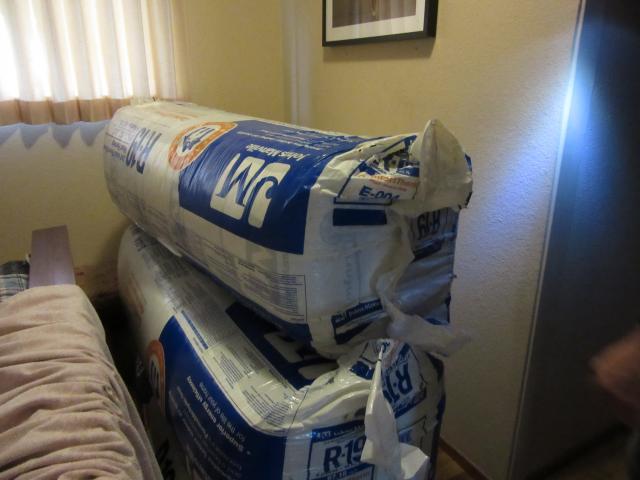 Having recently been under the other house, I knew there would be a lot of dust and a lot of dirt, so I changed into my work clothes and shoes, and asked Andy for safety equipment: glasses, face mask, gloves. He handed me the head light, too. 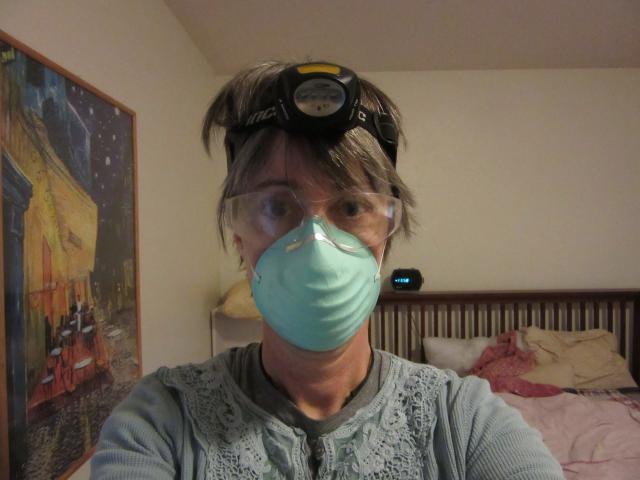 So, the first thing up, get the insulation under the house. I passed them down to Andy, who shoved them to the side close to where we were going to install them. I hadn't crawled under yet, so didn't quite understand just how much of a feat this moving of insulation strips would be. 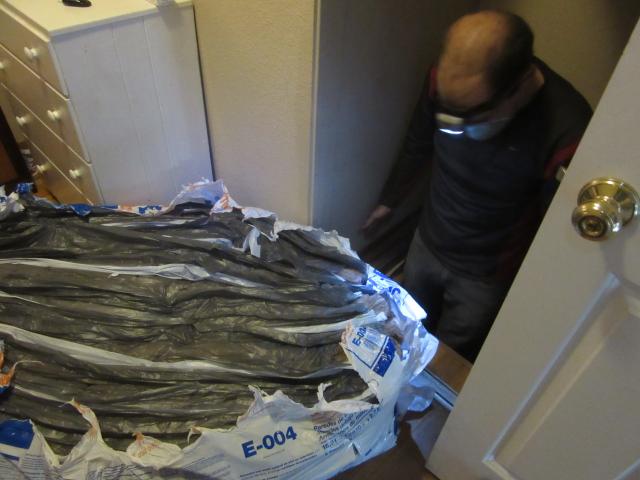 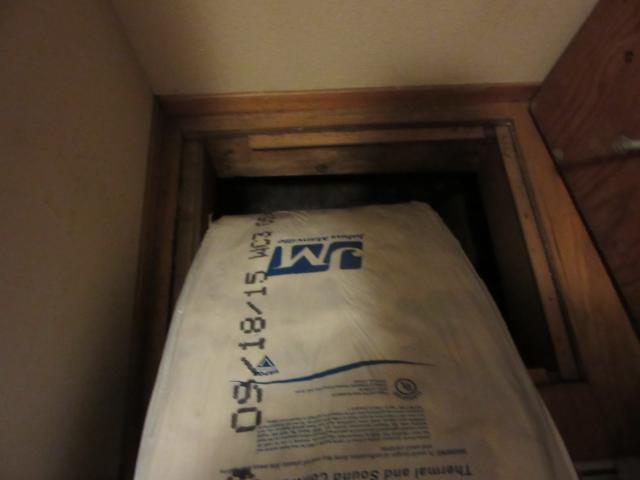 After passing the insulation down, I followed. 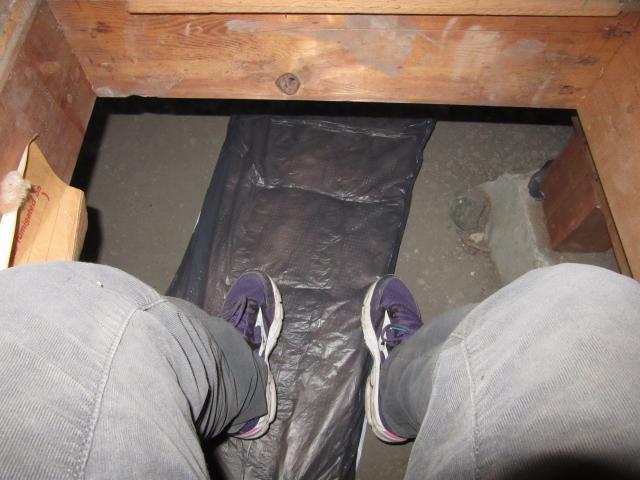 The strips were cut into the correct width between the joists, so at least we didn't have to cut them. They were also cut to about the correct length. I hadn't realized how standard the distances were in houses, but of course they are, since they are limited by the strength of the materials used, and limited by the sizes used. I should probably think about these things more. 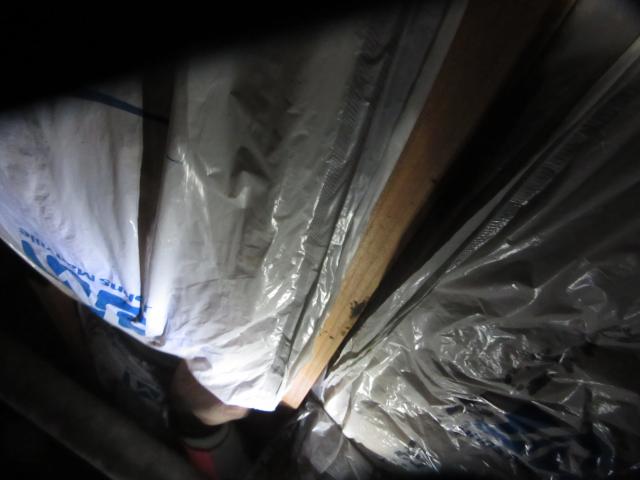 What I was not expecting when I went under the house was just how little space the house had under it. My first crawlspace experience (as in, a house without a basement) was the Klein's house back in Indiana. I thought it was odd that a house didn't have a basement, but it did have a cemented crawlspace, which, again, in retrospect, is odd: if you are digging out a space for a crawlspace, why not dig another 5 feet for a basement?

Under Andy's house, there was enough room for me to army crawl (army crawl, military crawl, low crawl, whatever), and that was about it. There wasn't any room to crouch, as I was expecting to have from recent experience.

One of the things that does not bother me at all is getting dirty (another story to tell on another day!), so I pretty much went all in on this army crawling stuff. Good thing, as there really isn't much room under the house. 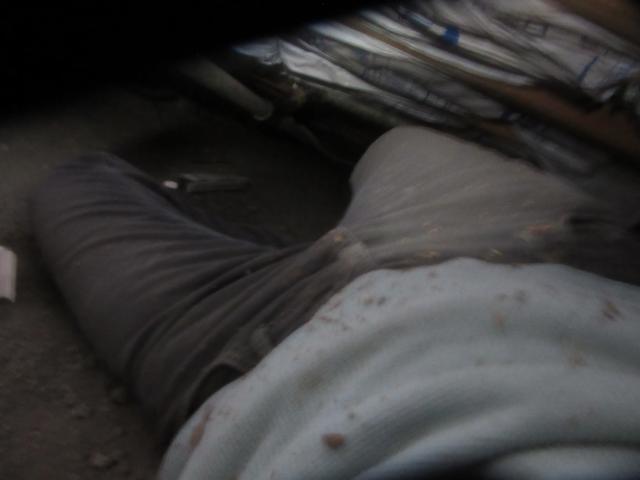 Amusingly enough, it wasn't until I was good distance under the house before Andy asked, "So, you don't get claustrophobic, do you?" 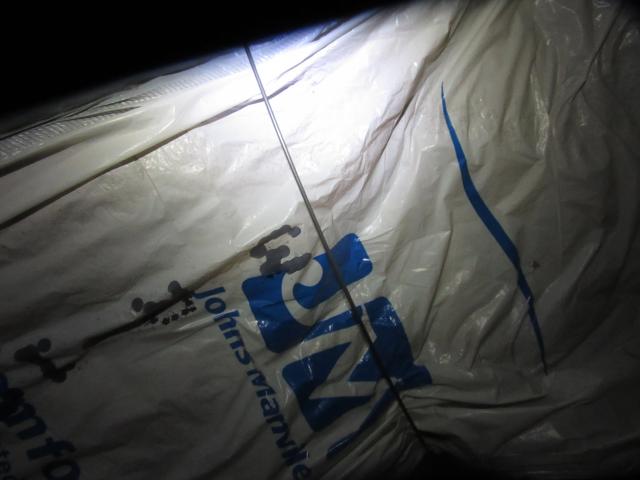 We did the first nine sheets without trouble. They were closest to the crawl space entry point. SPEAKING OF, gosh, there are very few egress points under a house.

I suggested the farthest point in the house for the second nine. After that, I was done. Not sure what was going on, maybe the dust, maybe the movement under the house with only 12" clearance, maybe the 40 minutes of breathing only through my nose did it, but I was done.

I think Andy did a few more before coming up. He said putting in the insulation with help is more than twice as fast and going solo, so he was glad for the help. I told him that my limit was 18 of the strips, but that I'd be good to help again.

I'm glad I said yes to the adventure.

And I'm really glad for the mask. So much dirt I didn't inhale. 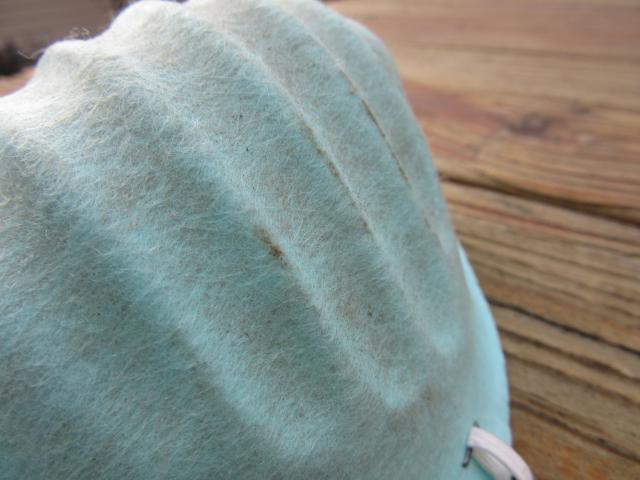